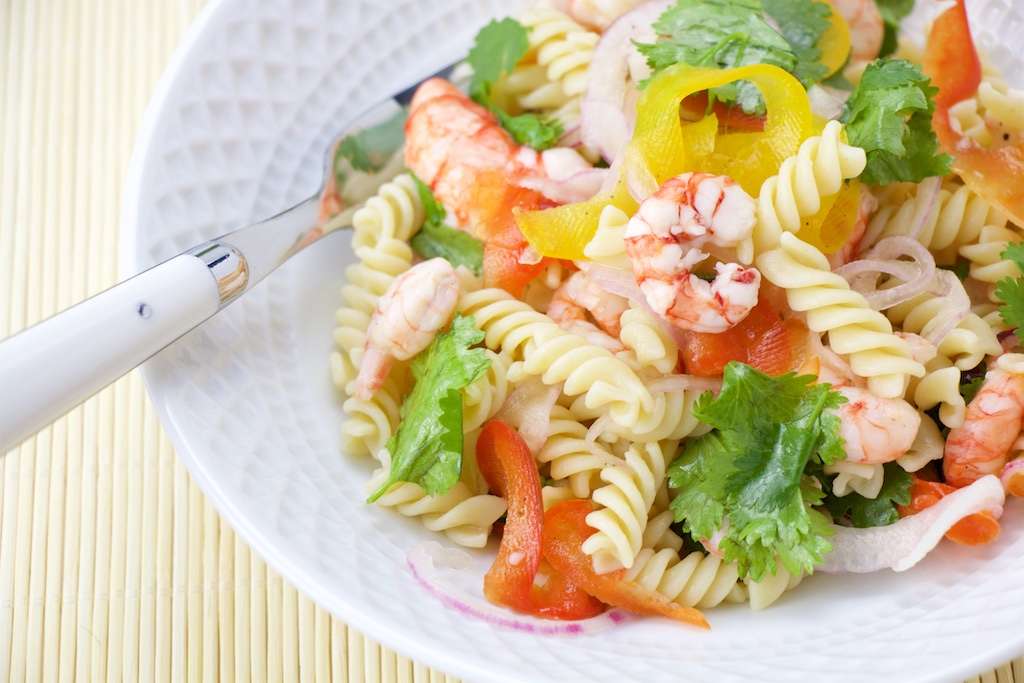 Living in Peru for a few months, one must learn how to make a good ceviche! It’s such an easy and light meal, perfect for summer. I had to make it all the way peruvian by adding the Quinoa element. So I found a nice quinoa fusilli, and mixed it with a shrimp ceviche. I came with this idea, of quinoa pasta ceviche, for a friend 40th birthday. She loves Peru so much and she had a surprise party, where everyone had to bring a meal… So… I’ve created this dish to honor her love for Peru. 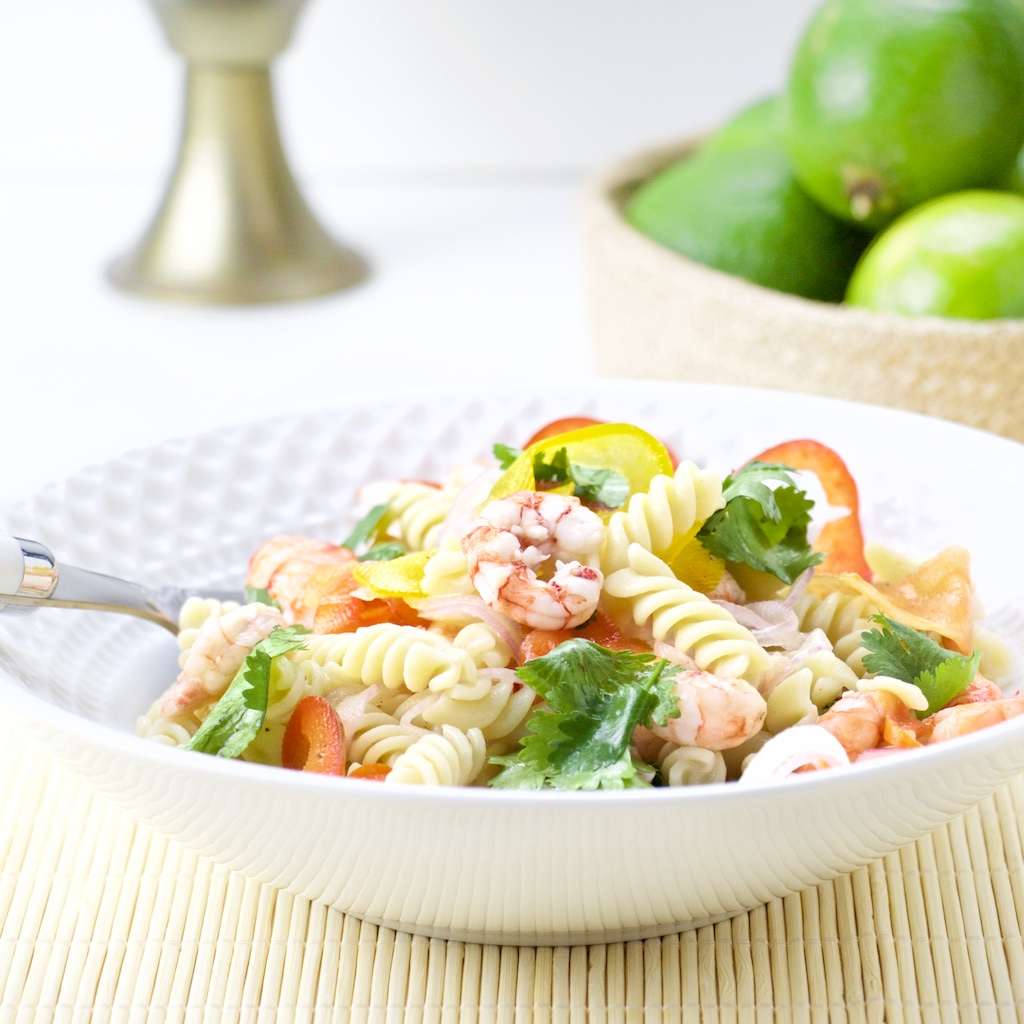 Back in Peru, where they say the ceviche is from, the Moche civilization (the guys before the Incas, situated on the coast), apparently created the dish. Today, the peruvians make ceviche mostly with fresh fish or shellfish, on the coast, even with shark… The peruvian ceviche is usually served with a side of sweet potatoes and choclo (big grain corn) and it is quite spicy. The Ecuadorians version, though, is served as a soup and contains more fresh coriander leaves and tomato juice. As for my recipe, it’s a mix of both world, I add the fresh coriander and make it less spicy than the peruvians, oh! and the personal touch, it’s served on quinoa pasta.

The ceviche process, require fresh seafood. Then, it’s the acid of the lime that cooks the seafood over a period of time. I do my shrimp ceviche in 24-30 hours, this way the shrimp gets firm enough, if it’s a fish ceviche then it won’t be as long. Most recipes, I see on the Web, say 3 hours of refrigeration… but from my personal experience in Peru, I know they leave it, at least, overnight in the fridge. It won’t get bad, just firmer with time. The only problem is the “hot peppers” are quite hard to find in Spain, I found some frozen Rocoto peppers in a Latin American market, but they lose a lot of their spice strength. I know in the Caribbeans, they do their ceviche with Habanero peppers. I mean… you pick the kind of hot pepper you prefer.

So let’s get that Peru flavour going! 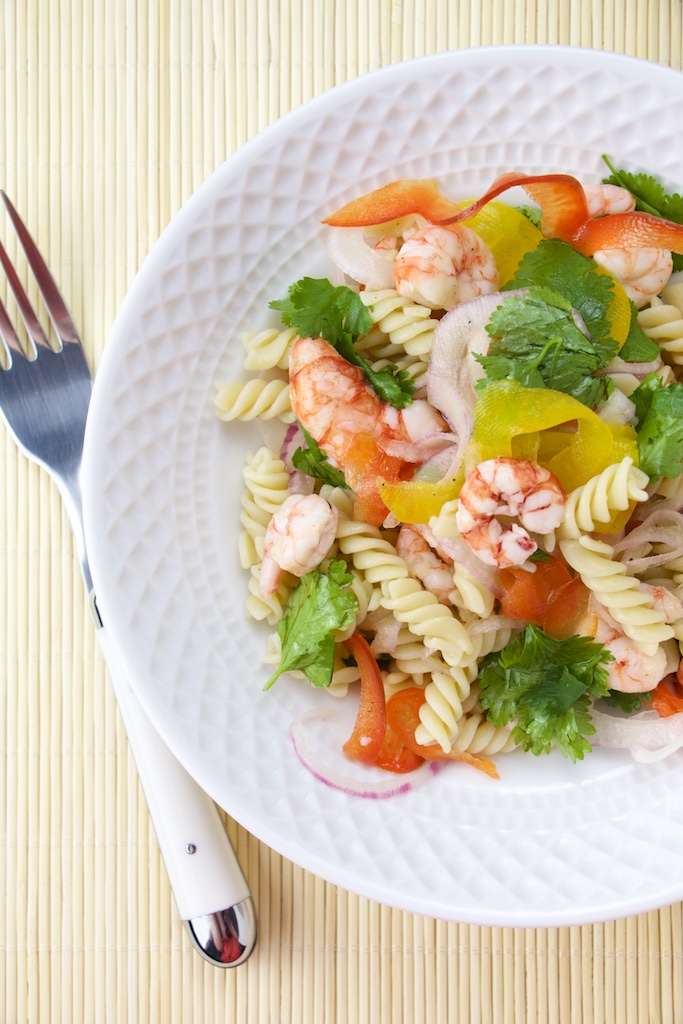 Serve cold, with a nice lime on the side. Enjoy!