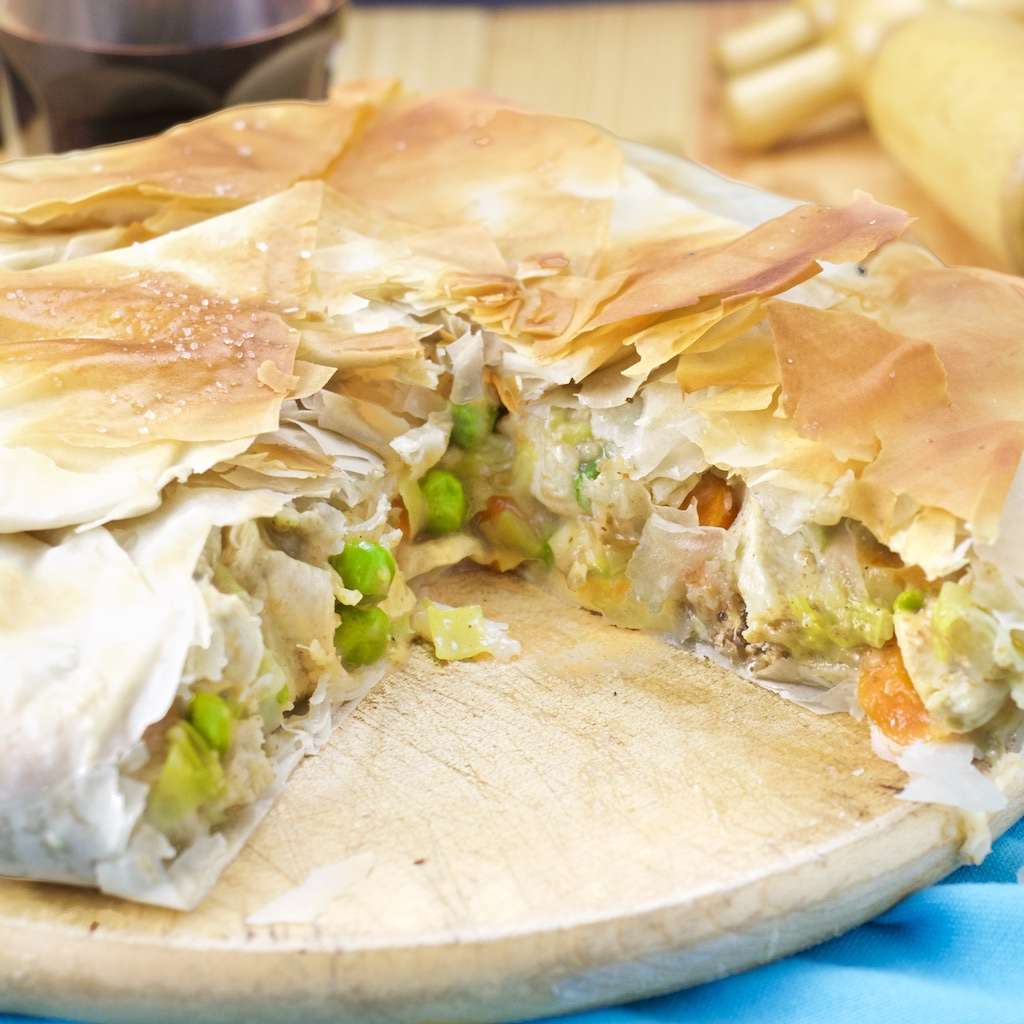 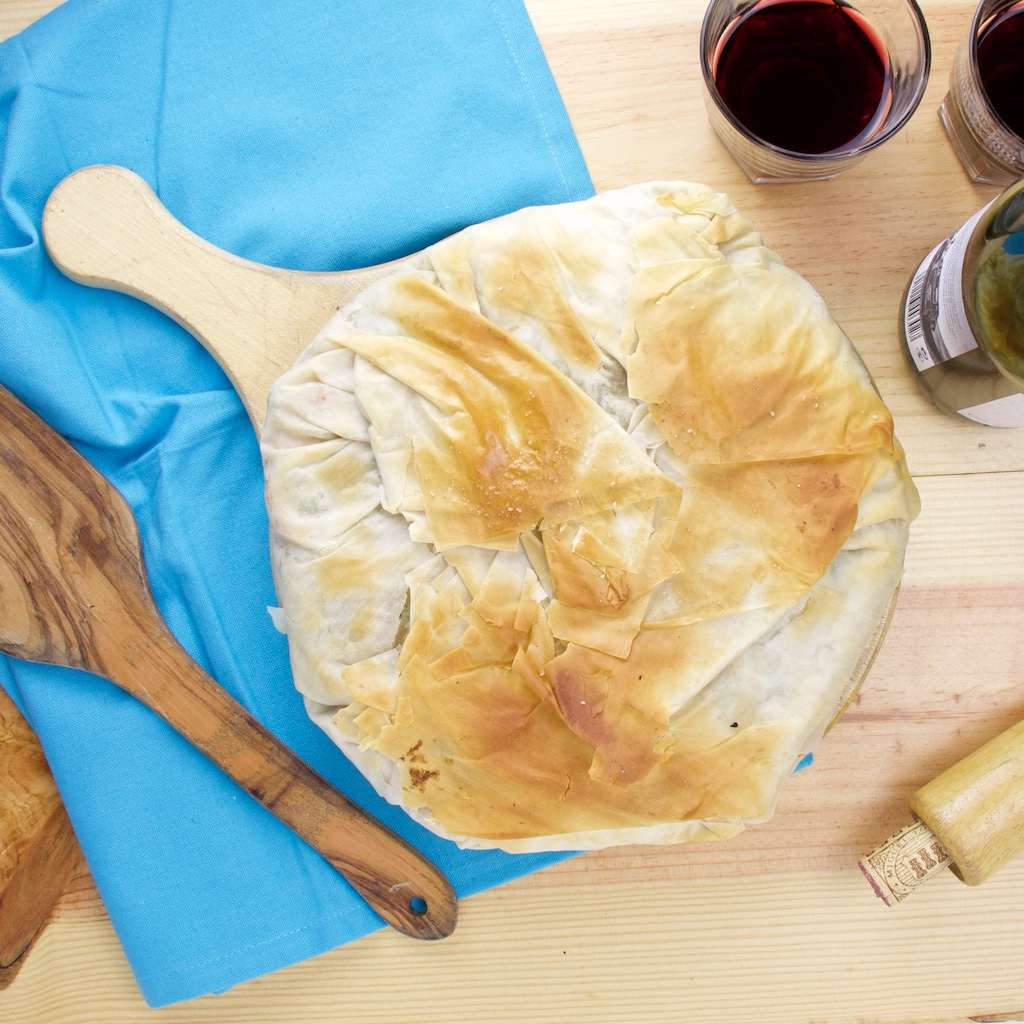 they don’t get to see the gigantic amount of butter it contains. Yes it’s good, and yes it’s flaky but I’ve found this alternative way with phyllo which is way healthier and suitable for lactose intolerant people, since phyllo is simply flour and water thin sheets. Sure you won’t do you own phyllo, you buy it predone in the freezer department, it’s practically impossible to make those paper thin dough sheets homemade.

Strangely, all my life long, I’ve heard people tell me to never use that “phyllo” because it’s full of butter… I don’t know why there is such a confusion between flaky dough and phyllo, but I assure you that phyllo sheets are, way healthier, easier and gives that extra flaky texture we want in a pot pie. The amount of fat between the sheet you have full control on, to make it extra light, I, personally, use a fine spray of olive oil and it result in about 30ml maximum of oil in my whole dough, which is less than most salad dressings… 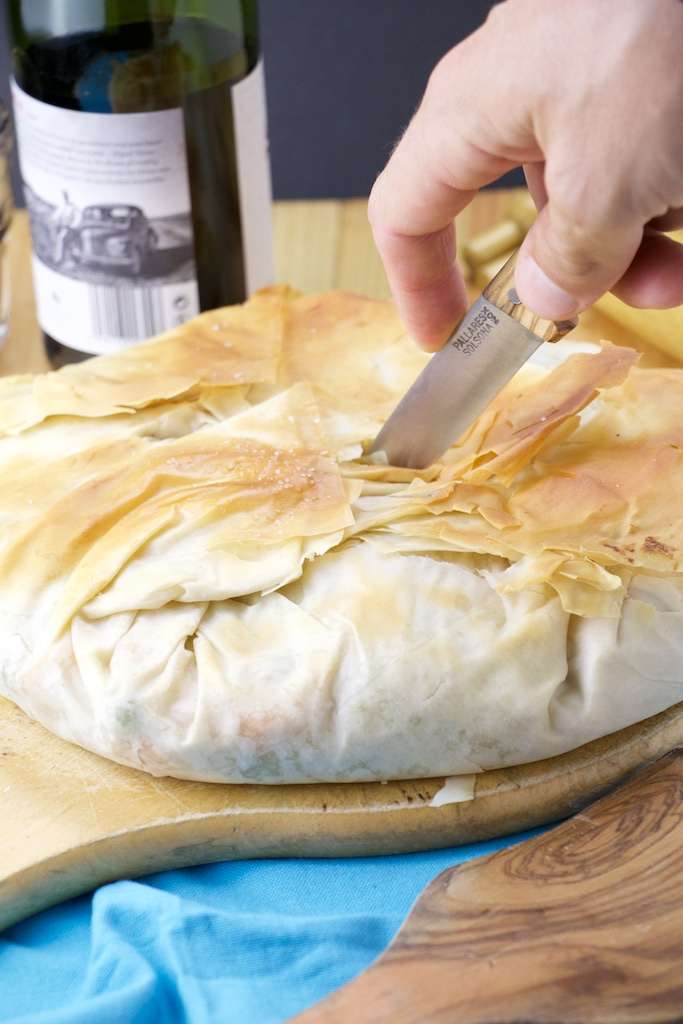 By the way the Greeks invented the original pot pie, it was called “Artocreas” and guess what they were using for a dough? Of course, their traditional and beloved phyllo dough. So… actually in this case, I am closer to the origin of the dish then the traditional pot pie.

Great news for lactose intolerant people; since phyllo is basically paper thin sheet of flour and water, you can add simply olive oil in between the sheets. Also the creamy chicken filling isn’t made with any butter or milk, it’s olive oil and vegetable stock, which results into a creamy interior as well.

You’ll thank me for saving you tons of calories on this one. 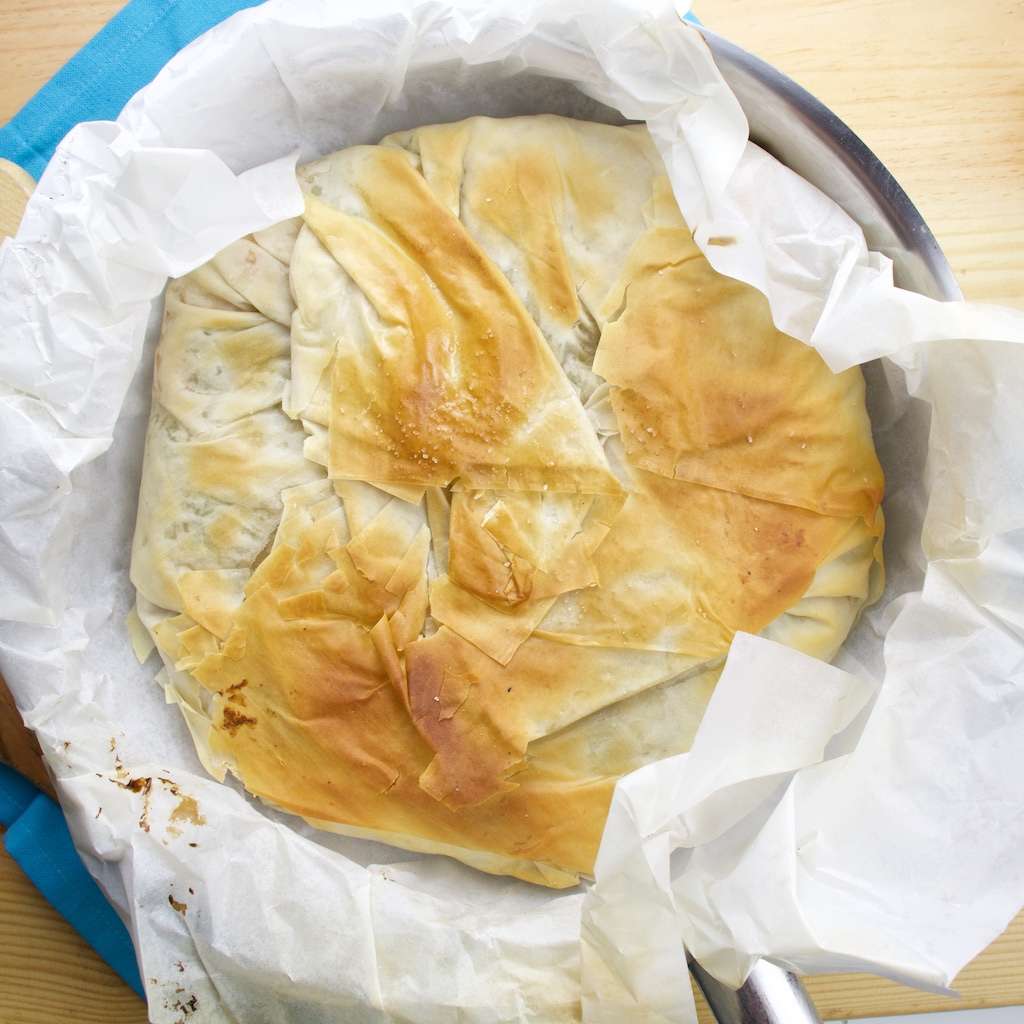 Take the frozen phyllo sheets out of the freezer, one hour before use. Bring the oven at 180°C (350F). 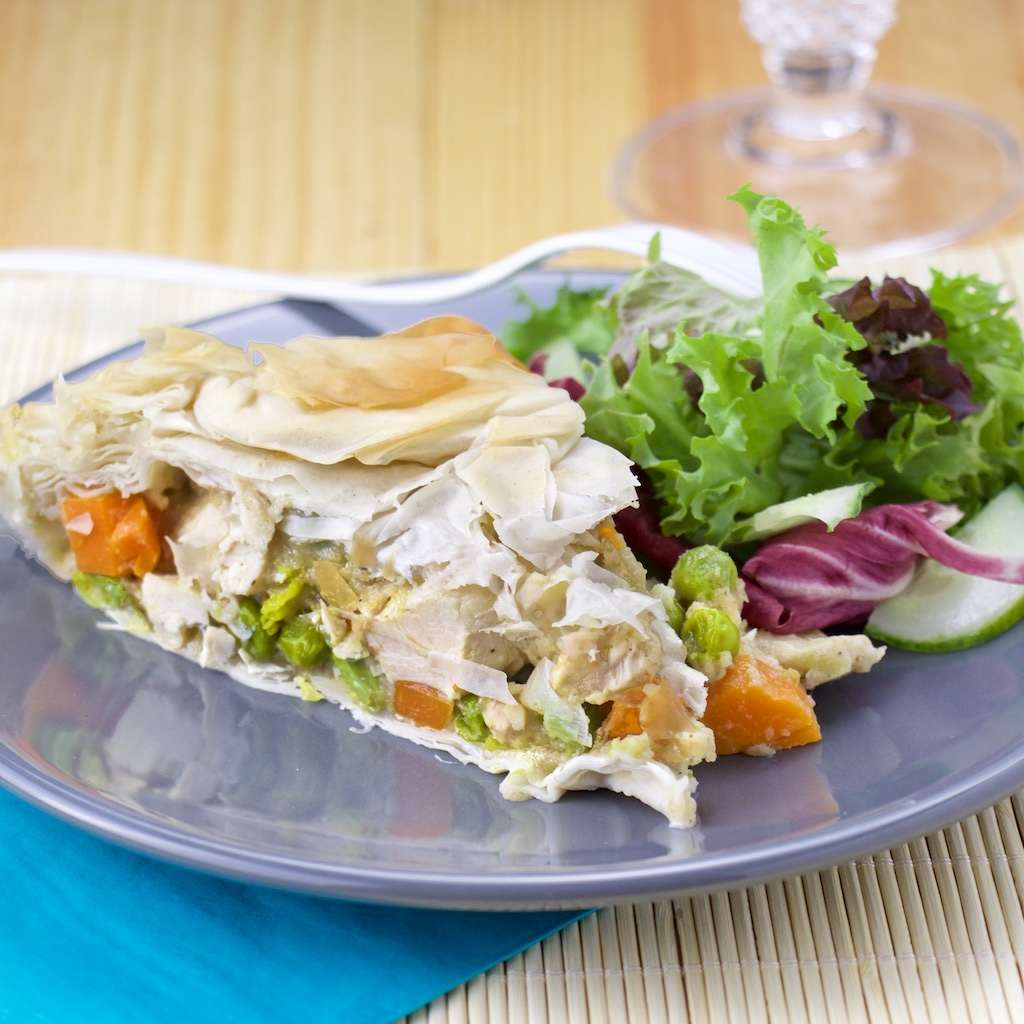