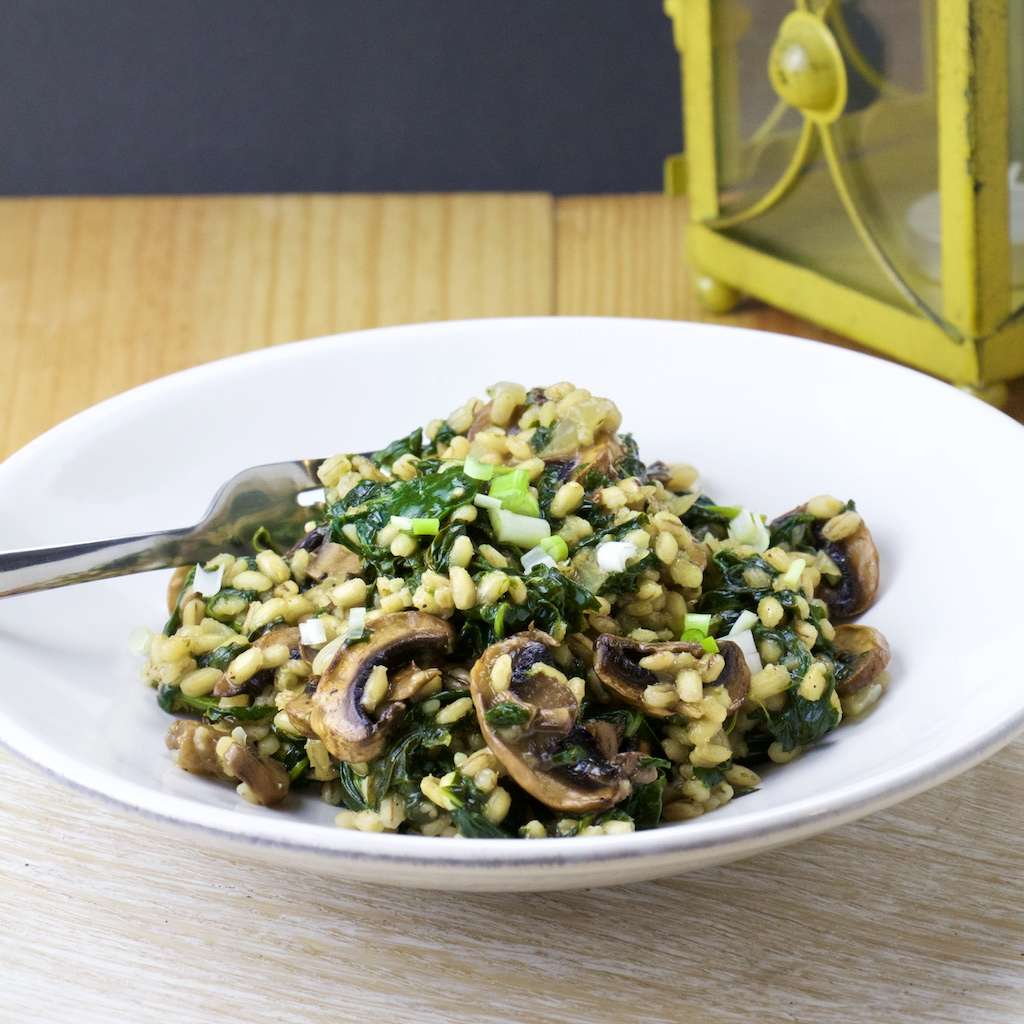 Barley risotto with mushroom and spinach is a great alternative to the traditional arborio rice risotto. Those 2 grains are quite similar in texture, although the barley is higher in fiber and lower in calories. In other words, it’s a bit healthier to eat your risotto with barley instead of rice. The coccion process is exactly the same as with the normal risotto. Simply need to lightly fry at first for the barley. 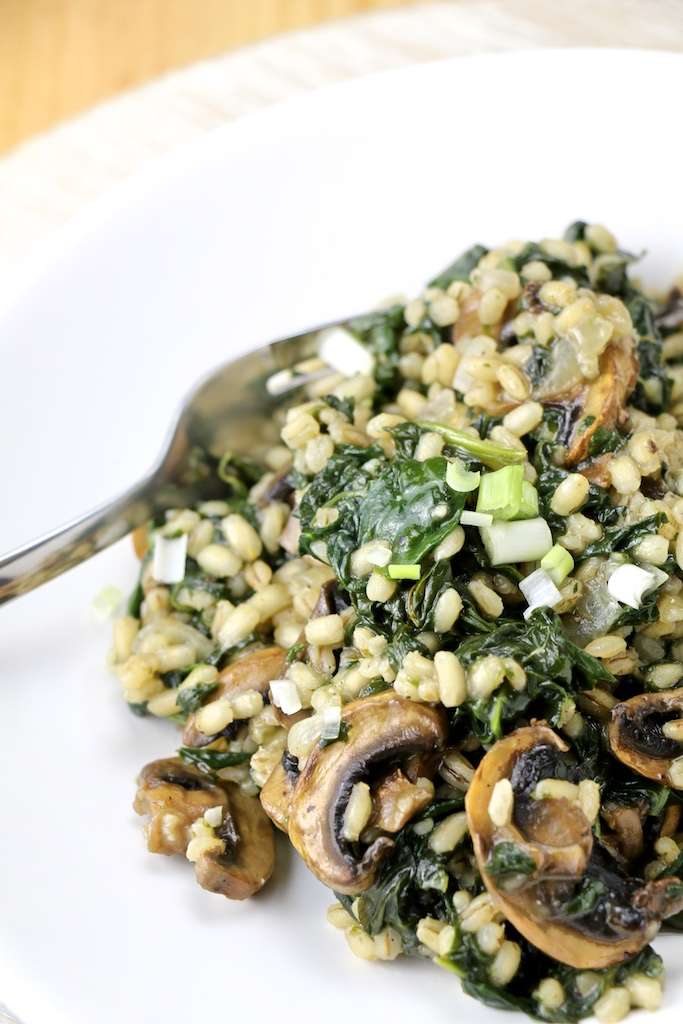 As a kid, like many I suppose, I wasn’t a fan of mushrooms… mostly its texture. I wasn’t eating them, simply because I disliked the chewy, and rubbery texture they had. Later on, in college, I went to a restaurant, where they would fry half dehydrated big portobello mushroom with salt and garlic, and my mushroom scepticism magically disappeared! Not only it tasted way better, but the chewy texture was gone. So until today, I try to reproduce this texture when I use mushrooms, as a result, I often make mushrooms in the oven with just a little oil, salt and thyme. This way, it makes it lose all it’s water evaporate slowly and uniformly and gives it a bolder flavor and a much firmer texture. Plus, it needs way less oil to cook them this way.

I highly suggest for this recipe to cook the mushrooms apart in an oven tray, you simply have to add the mushroom when the risotto is ready in step 8. They both take about 20 minutes to cook, so it’s easy to synchronize. You’ll see they will taste sharper and feel better than those chewy versions. Also if you are not feeling like the big clean up session, you can always simply add the mushrooms at step 3. But then, I suggest adding oil, because they are quite little sponges those vegetables!

Barley risotto with mushroom and spinach 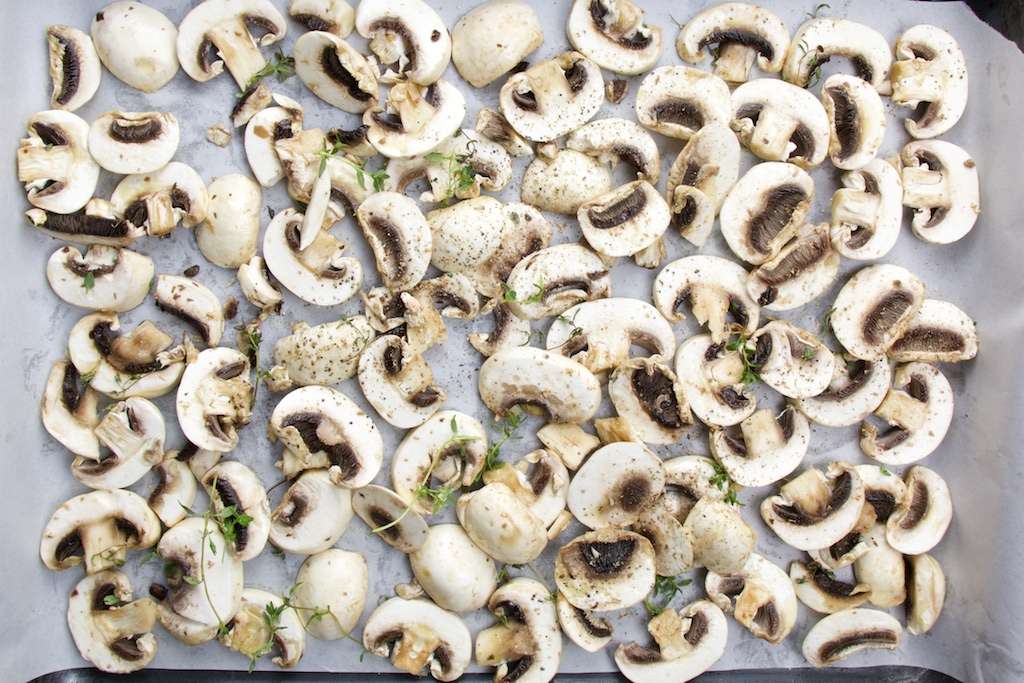 Serve with a few scallions on top. Enjoy! 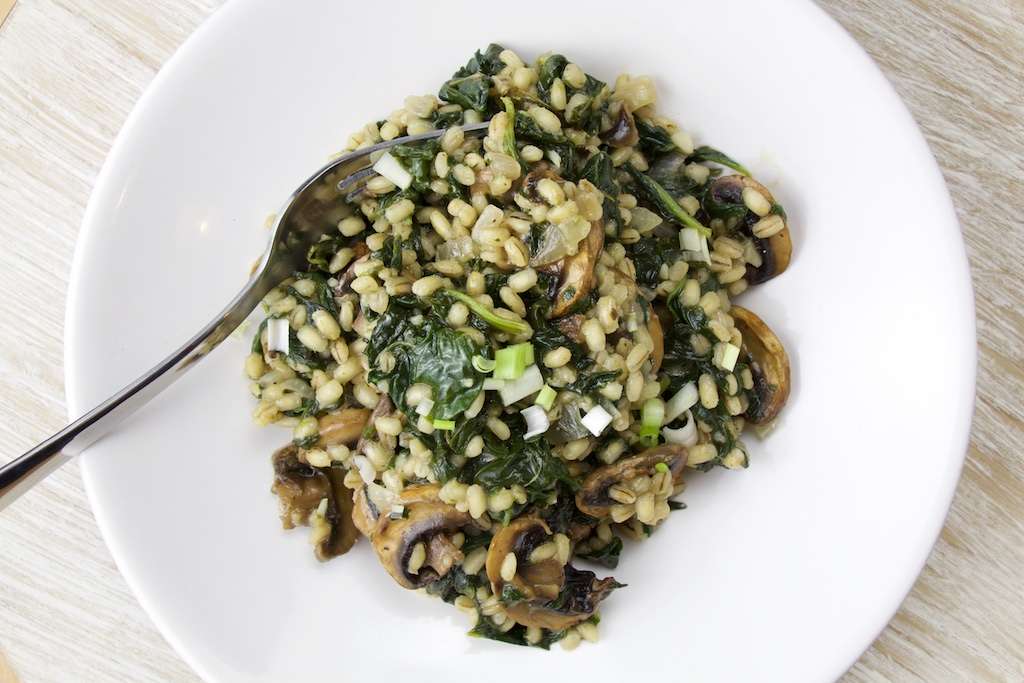