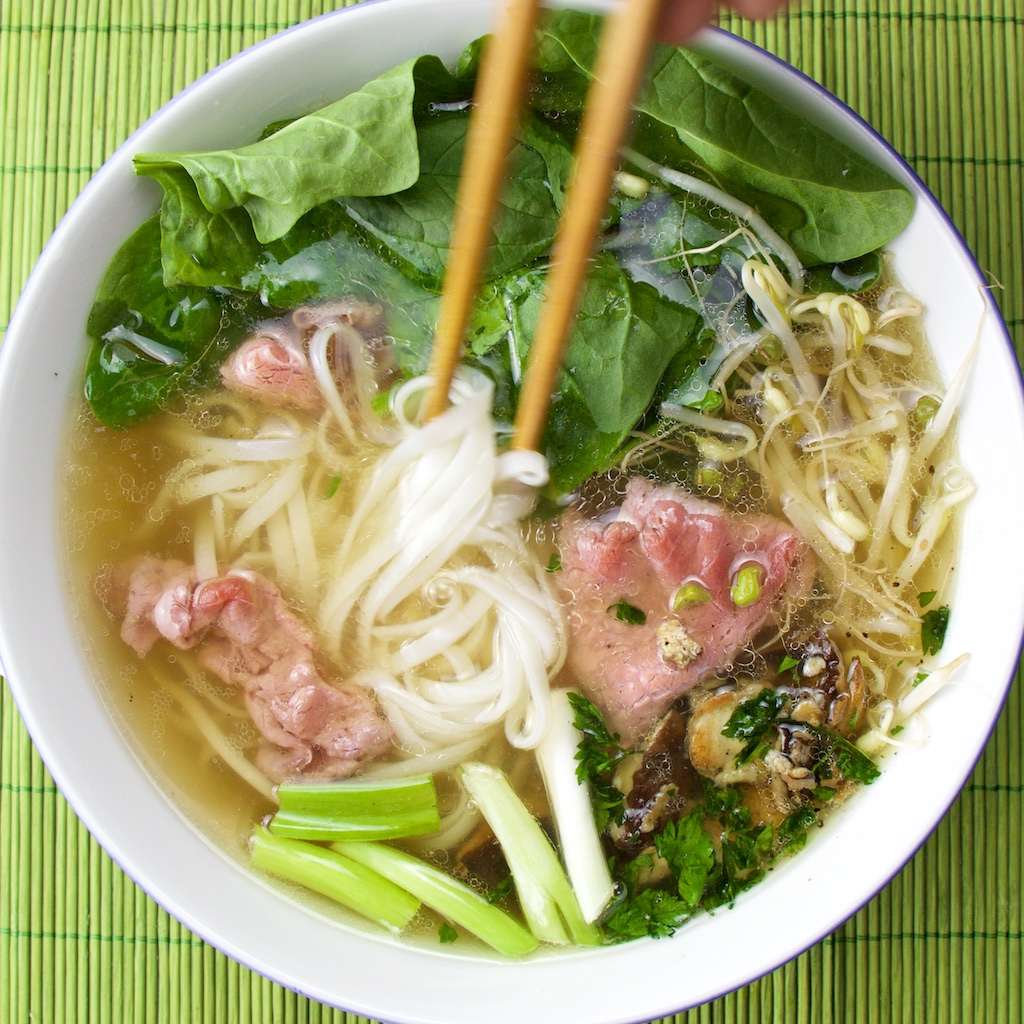 Pho Bo soups are such a delicious, delicate and unique dish already, but adding a few extras like spinach and shiitakes makes it a touch more special. The usual traditional pho bo soup contains a few pieces of long cooked meat in it, but here I’ve simply used bones to make the broth and no extra meat pieces. The Shiitakes replace the meat pieces to perfection, in the resulting soup, only those thinly sliced raw pieces of meat remain in this pho version. 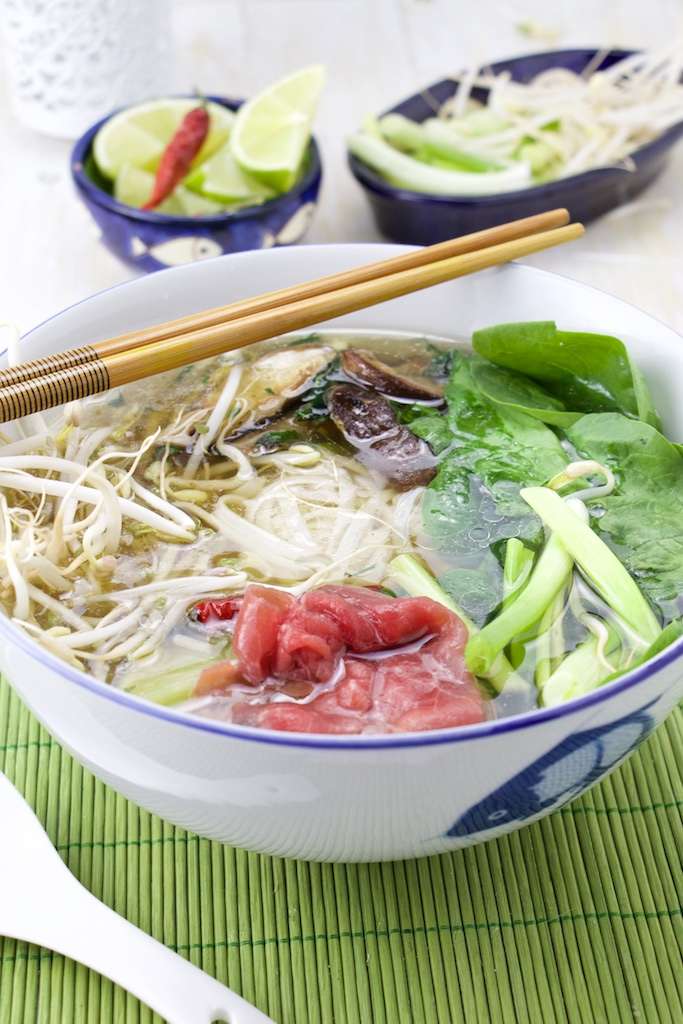 The difficult part in this soup is to keep the broth clear, although fully packed in flavour. This means, pre boiling the bones at first and rinsing them, then never boiling, a good filter and really low coccion help with this. In my last pho recipe, I’ve add extra pieces of meat, during coccion which made my soup blurry, so as a perfectionist… I had to redo my broth, and this time, finally, I’ve made it crystal clear.

The recipe differs slightly from the previous one, since I’ve used more bones and no chicken carcass or meat. If you are not a big meat eater this is the pho for you. Just a touch of thin beef slices and lots of veggies.

The proper serving bowl is a big and thick bowl, which you preheat before or add a little hot broth or hot water before serving into it. Make sure the soup is hot when you serve it, also warm up the noodles in the broth at first, to prevent the soup from getting cold when you fill it with all those other extras. It needs to be warm enough to cook your final touch; the raw meat slices.

So let’s make this crystal clear and flavorful soup!

Pho Bo with spinach and shiitake

Serve with the usual side of thai peppers, lime and extra fish sauce for the salt lovers. Enjoy! 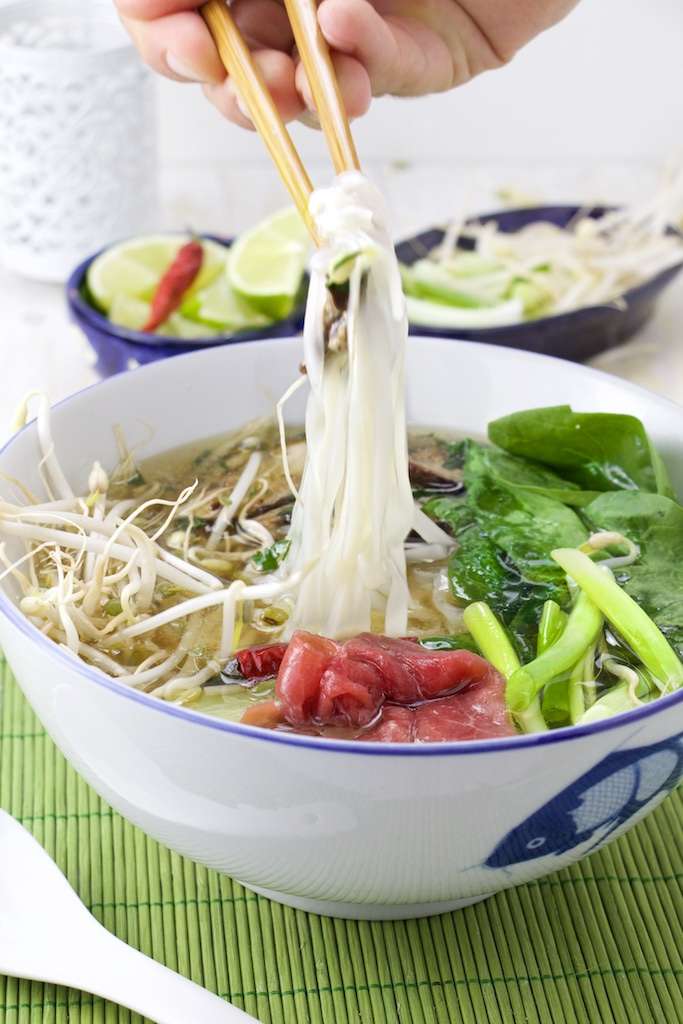