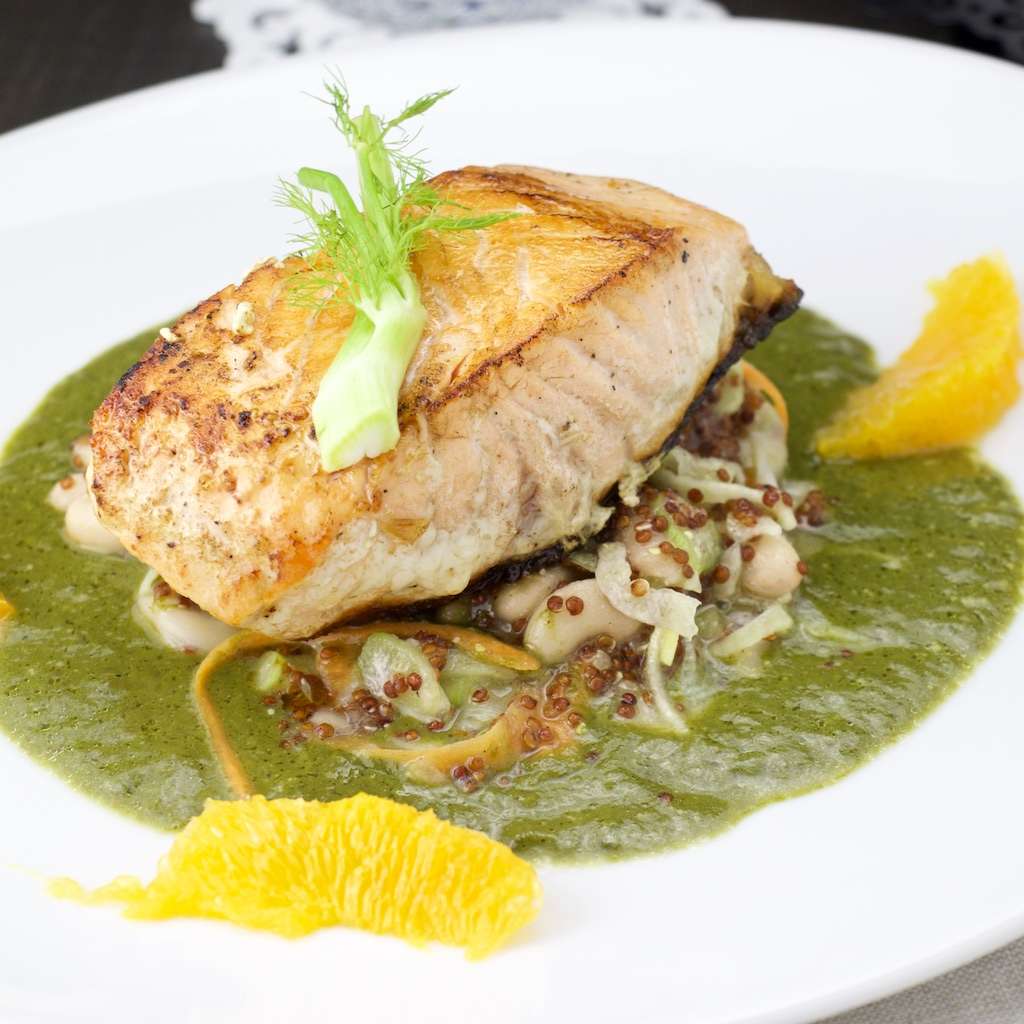 Salmon on a bed of white beans, fennel and orange salad accompanied with a spinach sauce is an attempt to make a crispy skin salmon dish… sadly, the skin wasn’t a success… I’ve burned it. Although the rest of the recipe turn out pretty good, maybe a little excess of sauce… This is the same spinach sauce I’ve used from the prior post; the gnocchis on spinach sauce recipe. This element is optional, of course, the original dish idea was actually without it. 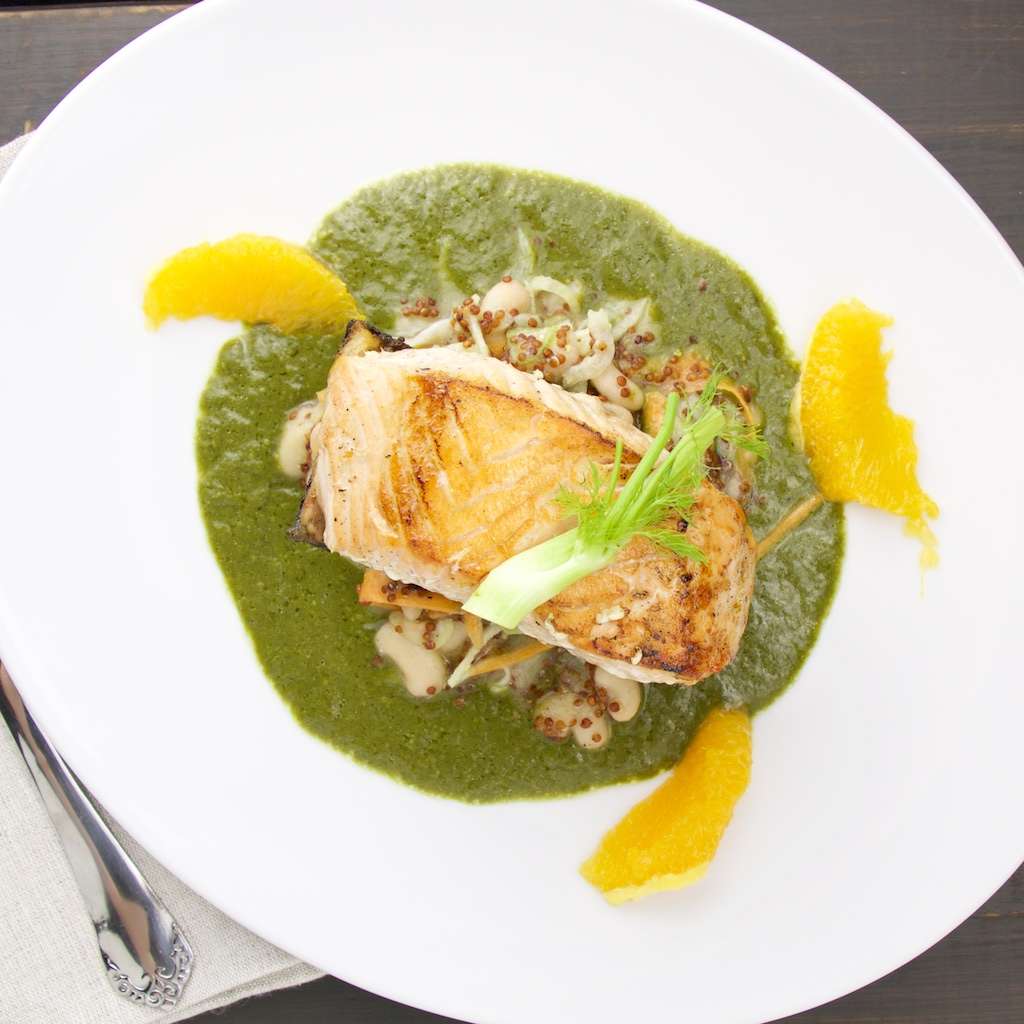 Fennel have a quite particular taste to it, a delicate anise flavour. I find raw fennel to be great vegetable to crave on, in summertime, there is a certain refreshing feeling to it, similar to mint. This mediterranean veggie is actually one of the primary ingredient to absinth and is filled with health benefits. When eaten raw, the fennel bulb needs to be cut finely, otherwise its taste can be overwhelming. I’ve used the mandolin and slice 2 mm slices of it and marinate it with the rest of the salad ingredient, to let all those flavours develop together.

Orange goes particularly well with raw fennel, they balance one another to perfection. Without saying… it makes the dish even more summerish and fresh. As for the rest, it’s a simple red quinoa and white bean for the protein intake of the day, a few extra veggies and the orange marinade. All this, topped with a great source of Omega 3; salmon. A healthy to the core recipe.

Salmon on a white bean, fennel and mandarin salad and spinach sauce 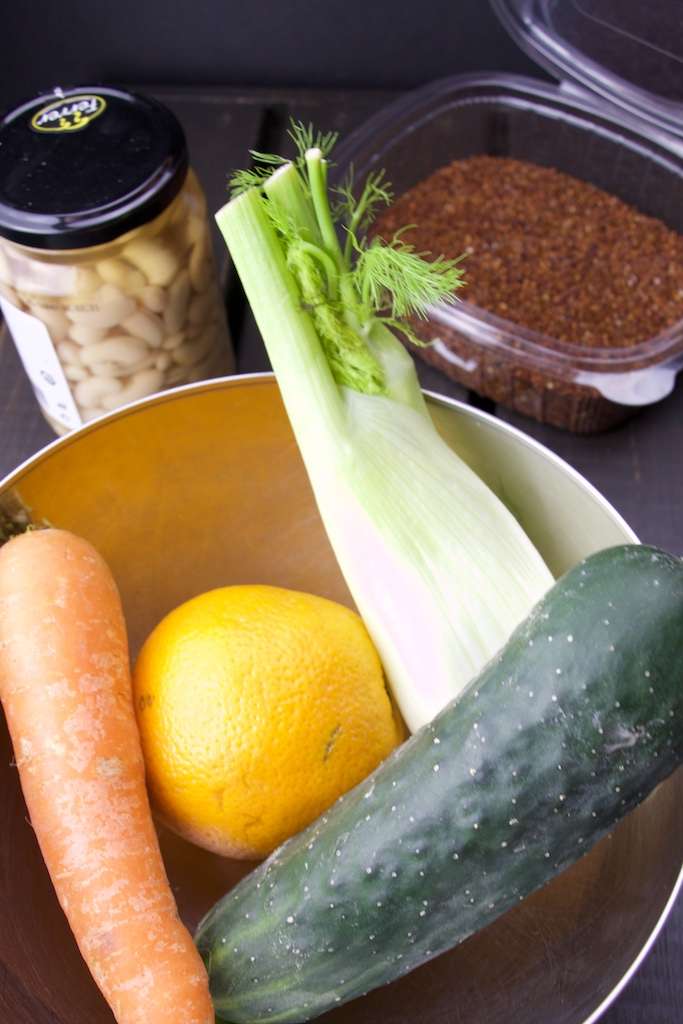 The bean and fennel salad

The Salmon with crispy skin 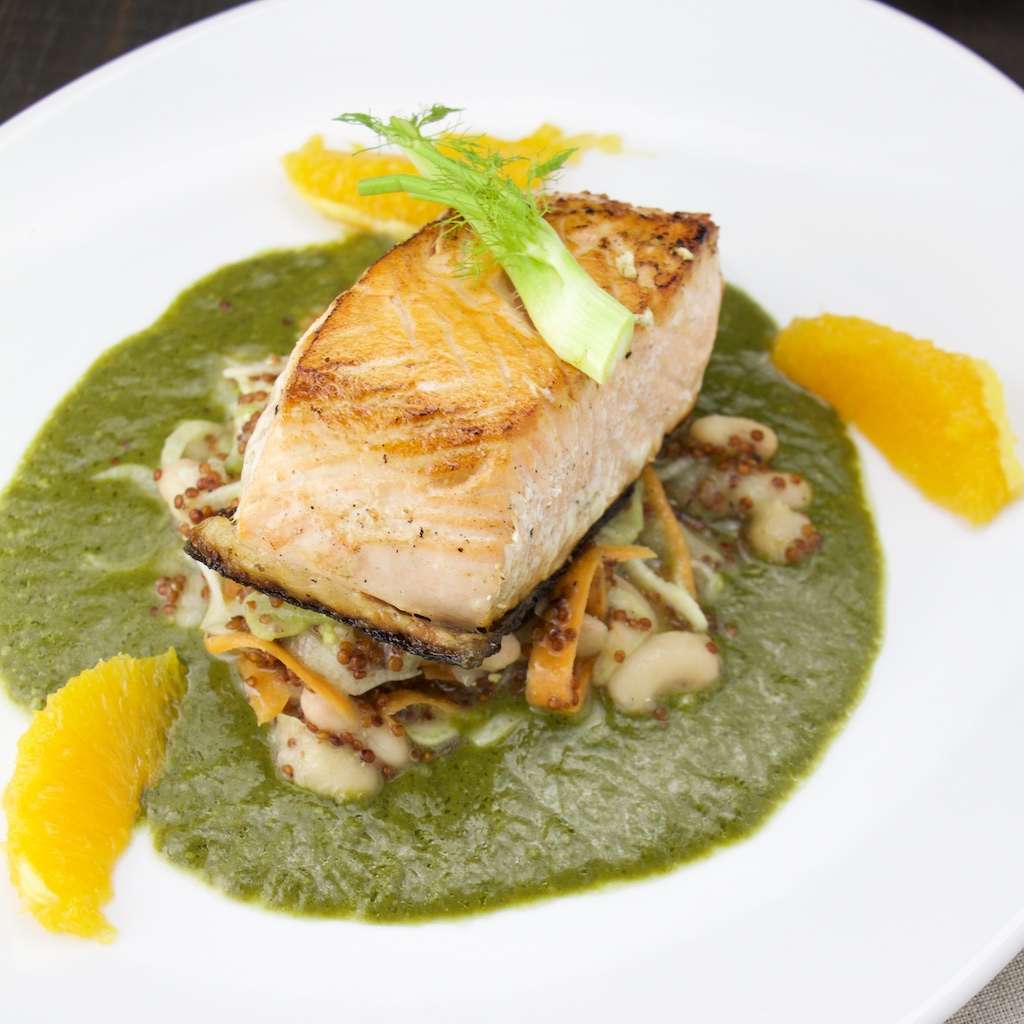 Gnocchis on a spinach sauce and crispy cured ham