Roasted Butternut squash with leeks, crispy fried sage and fresh cream to top it up. Plus some extra “chef’s secrets” to bring your soup from boring to an exquisite chef soup. 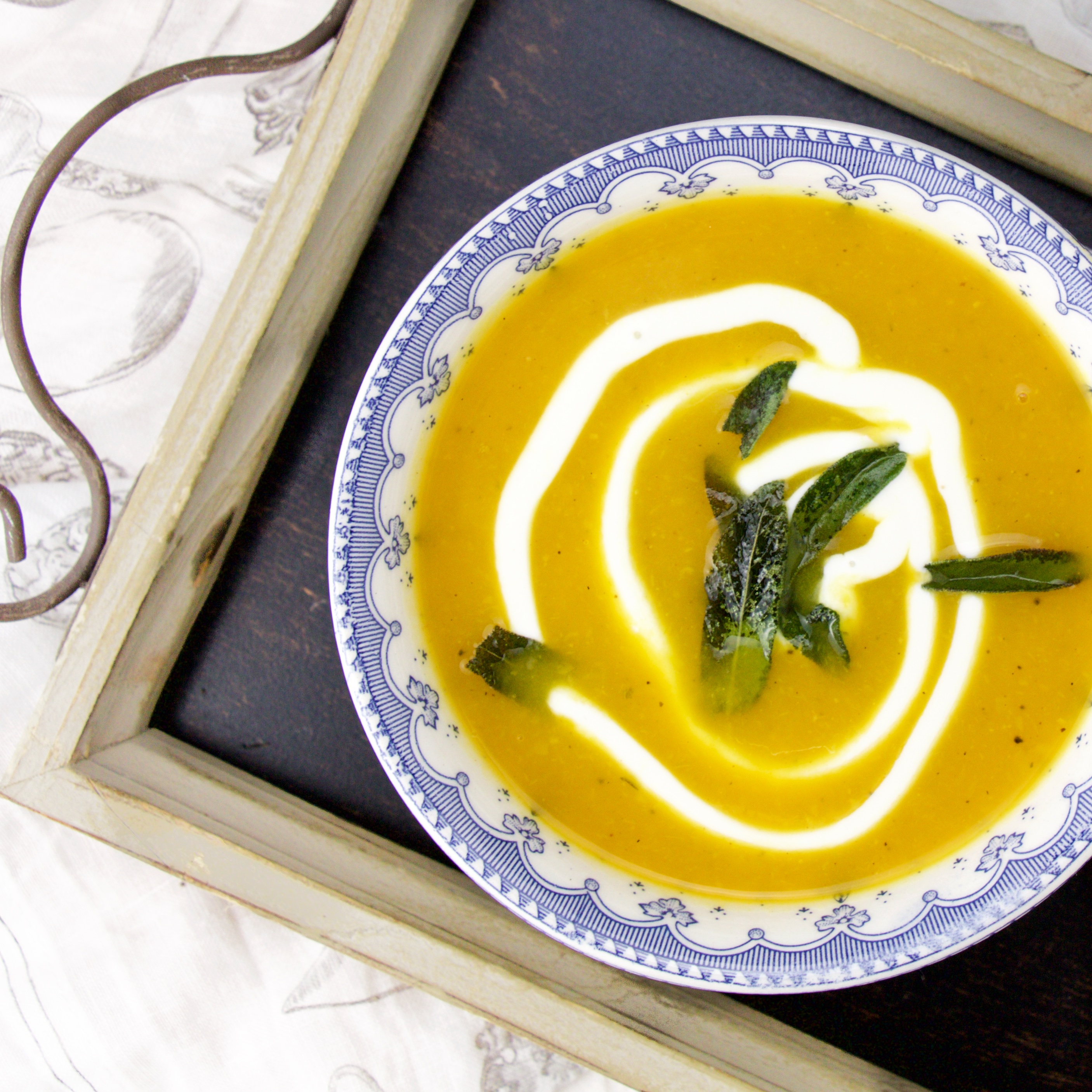 I know… it might look like those million others butternut squash soups out there, but believe… this one is far from the “everyday life” soup. It’s a under 10 ingredients soup, no need for thickeners, nor extra broth, the butternut squash takes care of all that at once. Lucky you, I have a few secret tricks for you to upgrade your soups, especially this one. Follow those few easy steps to bring this soup, and others, to another level. First the roasting needs to be well done, second go “heavy” on the black pepper and third, the last but not the least; a dash of cider vinegar in the end. Those 3 simple yet highly important steps are what will make this soup step out from the others. 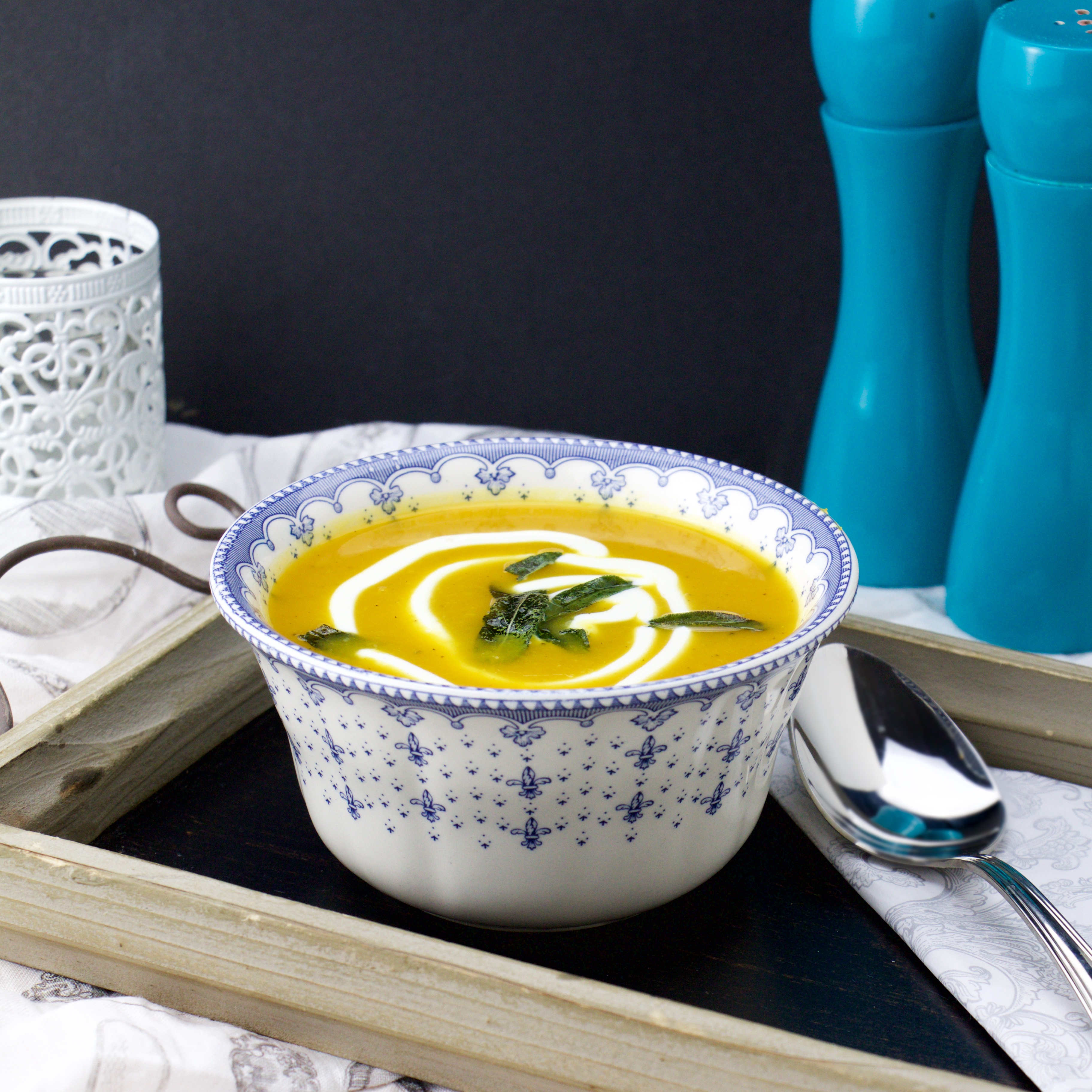 The other elements are the leeks, which gives the soup a nice soft aftertaste and the fried sage with its potent flavor will bring a welcomed crunch to the soup. It’s a simple recipe, although to make it extra special make sure not to forget the 3 “game changing” details… You’ll see, with those 3 tricks, you’ll get a “one of a kind soup” guaranteed! 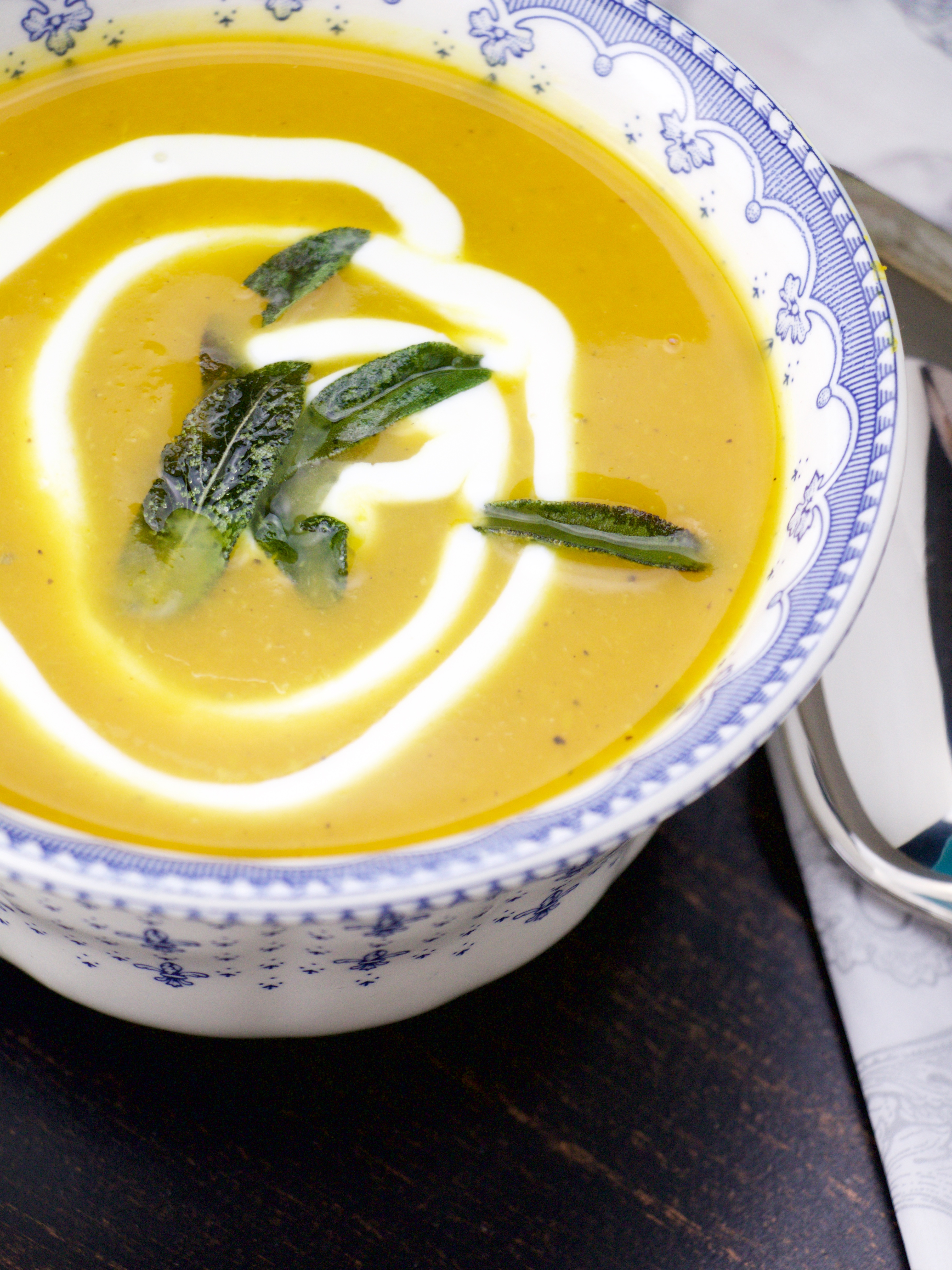 For this particular soup, roasting the butternut squash is giving the soup this extra caramelized touch that no one can resist. You’ll need to cook the squash up until the point it turns brownish, that’s where all the flavor hides. In fact, a bit pass what you would consider light brown… For the lazy ones, simply cut the butternut squash into 2, leave the skin on and drizzle with olive oil, salt and pepper than right into the oven. After about 45 minutes in the oven the squash is magically ready. All there is left to do is to let it cool down, then scoop the flesh out with a spoon directly in the pot. But if you prefer you can take the skin off before and cut the squash into small pieces, this way it cuts the cooking time by a lot, but it takes longer to prepare. So you choose.

Yes, black pepper is always somehow in every single recipe, so omnipresent that we forget about it. But for this particular recipe, go lose with it and let it shine. Black pepper is great since it balance out the overly sweet butternut squash. Pepper is a chef’s best friend, nobody really say it out loud, but with a good amount of pepper you can make a dish stand out of the ordinary! I know most of us just would do a few turns of the pepper mill usually but for this one, don’t be shy, add triple or more then the usual amount. Believe me it’s worth it!

The first trick I’ve learned in culinary school is that all good chefs add a touch of vinegar in the end of cooking their soups… It’s actually just a drop, not enough to really taste it. This step will really lightening up the flavors. Don’t believe?? Give it a try, you’ll see. A real life changer, but … keep it between you and me… it’s a secret.

So let’s make magic with a simple butternut squash and a few leeks! 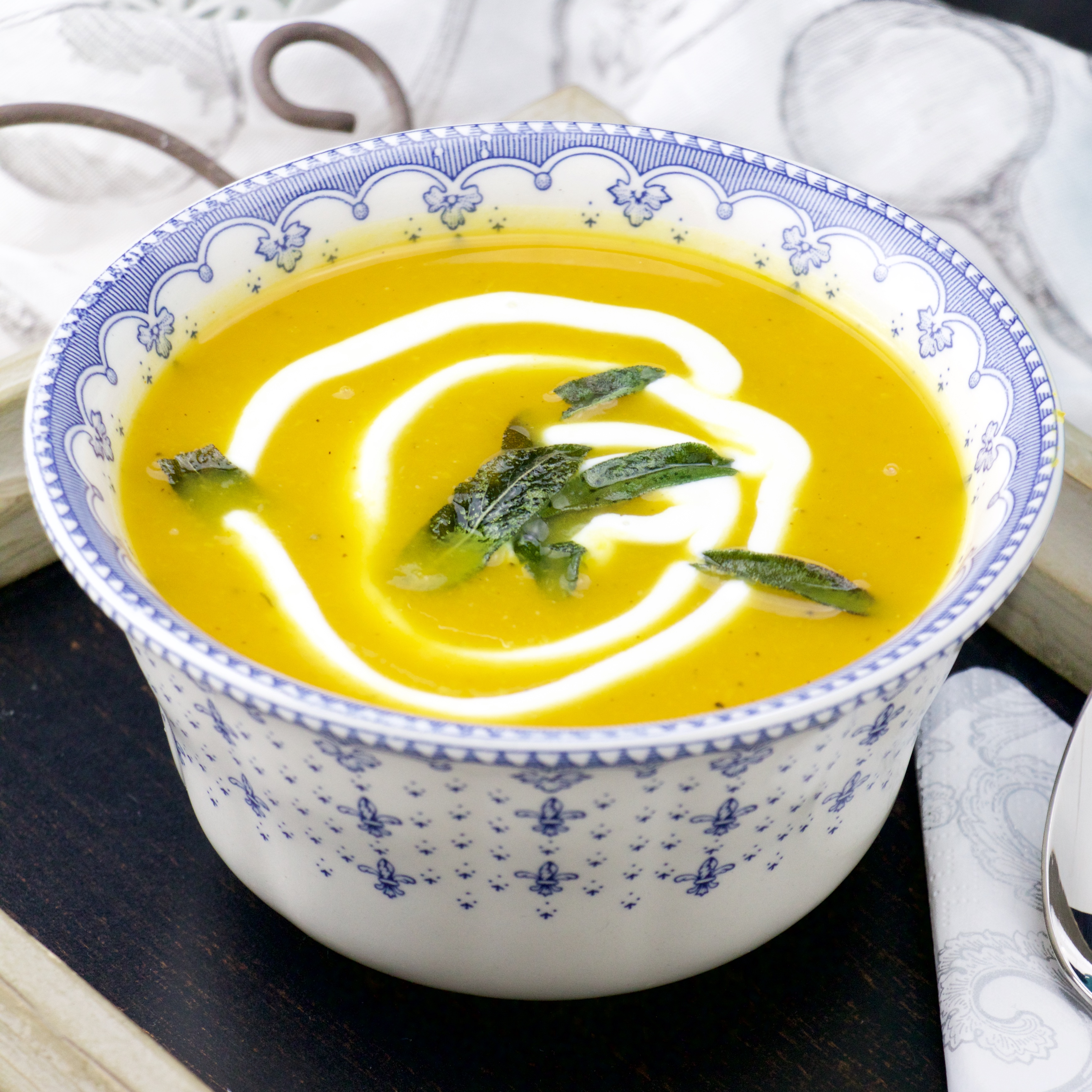 Serve with a touch of fresh cream and the fried sage. Enjoy!