This is a summer recipe. It is actually based on the original gazpacho recipe, the “ajo blanco” which is an almond, garlic, bread and vinegar cold soup. The tradition one doesn’t contain pineapple but sometimes grapes are used. 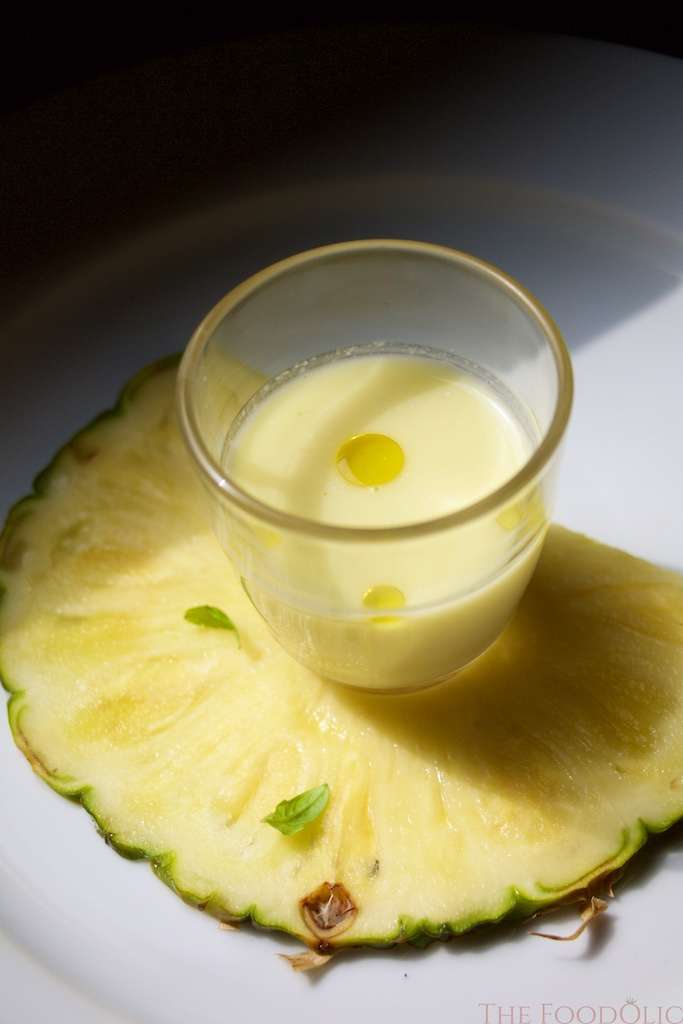 Gazpacho existed way before tomatoes were imported in Europe from the New World. Spaniards used to do “cold soup” gazpacho with simply almond and vinegar. Since the south of Spain is an almond paradise, when those trees bloom, it’s absolutely beautiful. The Arabs imported them and later cultivated them in Spain. They are obviously quite a few nice recipes with them in Spain. Often they use almond to make a “picada” at the end of cooking, it thickens the sauce and gives it an extra nutty flavour. For example, the “Rabbit with wine & chocolate sauce” contains some in the last stage of the recipe.

This soup is great because you make it in advance, obviously… since it needs to be cold… and when I say cold you can even put it in the freezer or ice 20 minutes before serving to make it extra cold.