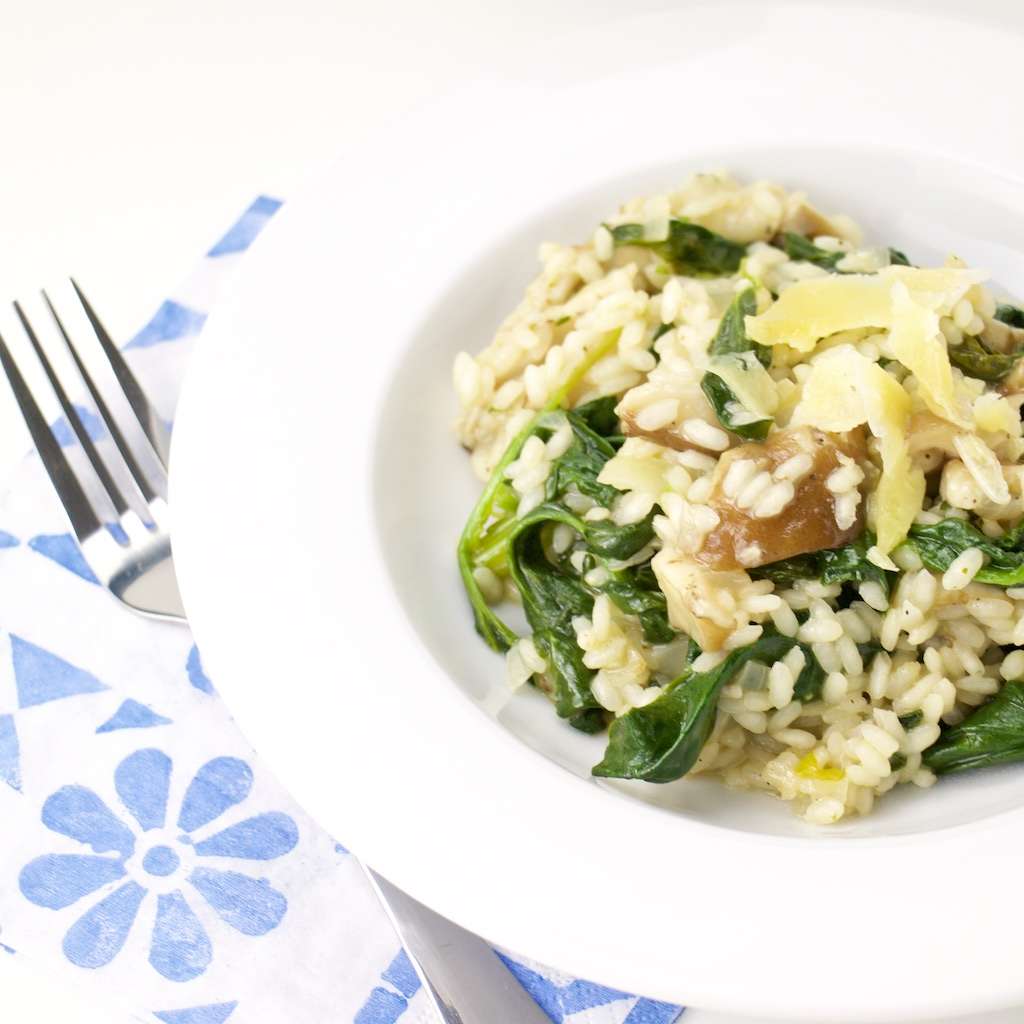 A new hybrid recipe here: the “Risolla”… a mix between a risotto and a paella; Italy vs Spain. It’s a bit of both techniques, the light frying of the rice at first just like in the risotto and paella, then adding the broth and let sit with the spinach on top so they shrink down into the rice, without moving the rice until the end; that’s more typical of paella. The risotto factor is mainly in the ingredients, a good white wine and cheese to finish. So this isn’t a paella, nor a risotto; it’s a “Risolla”. The end result is less creamy than a traditional risotto because of the lack of moving the rice. But the taste is quite similar. I, often, do those hybrid meals, no disrespect to traditions, they are important and most people stick to them and it’s fine… it’s just “my tradition” is to experiment! That’s all! 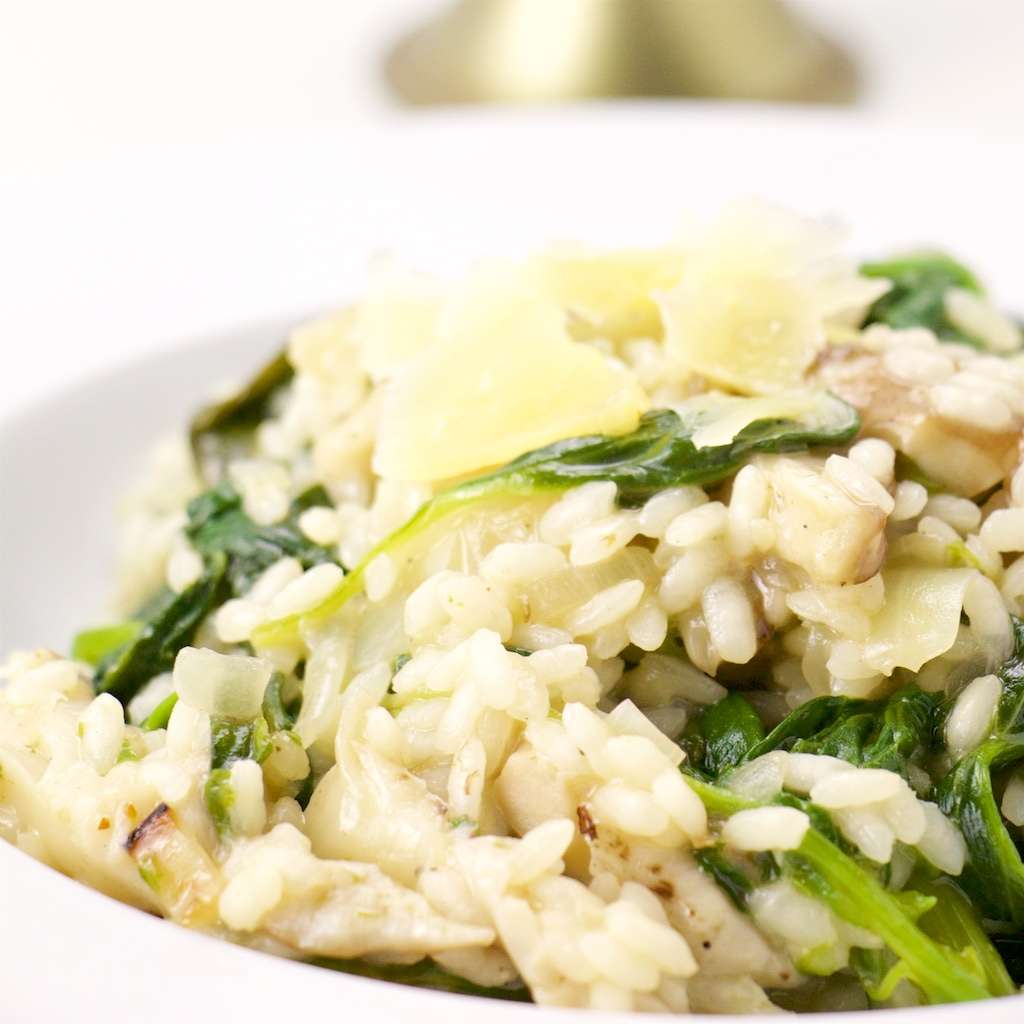 So it’s no big invention, all you need is a grain of rice that is round, I took a sublime rice from Spain called “Bahia”, a bit longer than a usual bomba rice. There are plenty of different types of “paella” rice. You choose the rice you’d like, italian or spanish it’s gonna be pretty similar at the end. Also , risotto and paella are like pasta; you have to make them al dente, so I guess it applies too for the “Risolla”.

Another detail about this recipe is the mushroom choice, which is uncommon; Shiitake. It’s actually an East Asia mushroom, and I happen to find it more tasty then most mushrooms and also the texture holds better. So this can be replace by any other mushroom of your choice.

So, let’s get that experiment going. 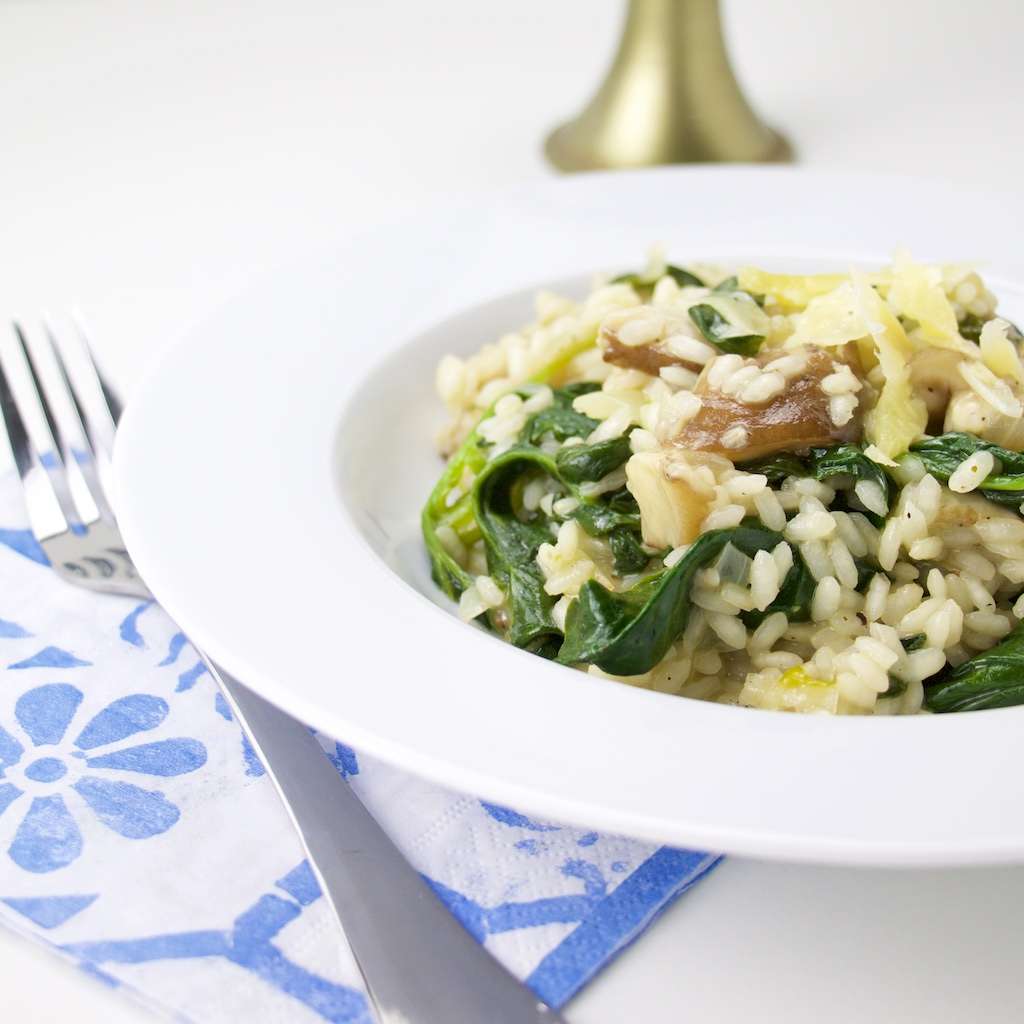 Serve with  a few slices of parmesan on top, and a final touch of truffle oil would make it sublime. Enjoy!

Gravlax on a Spinach Salad