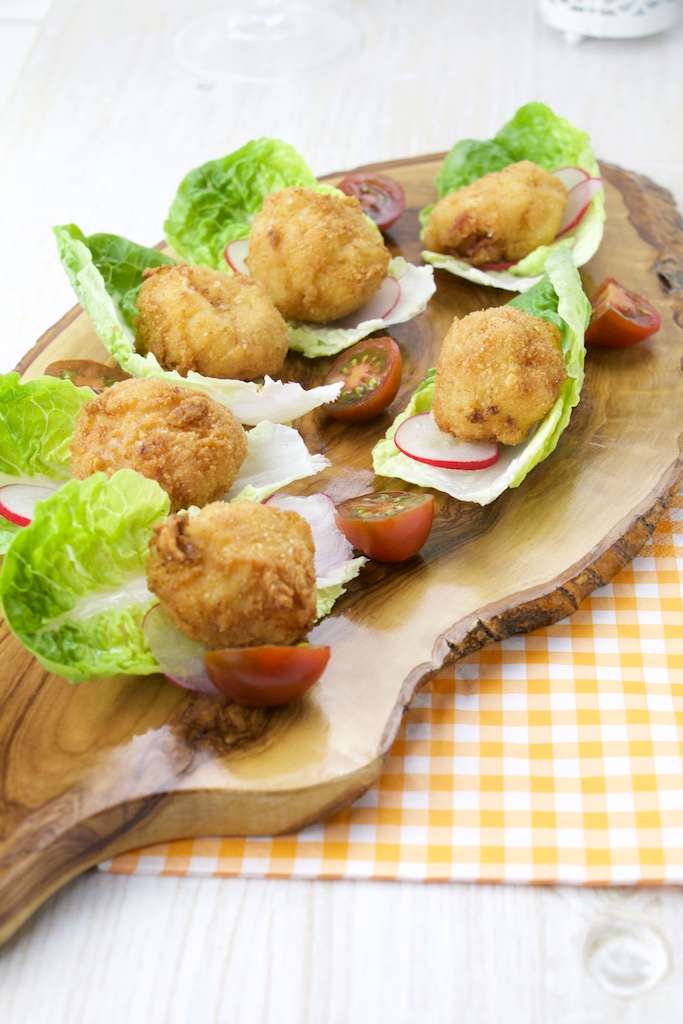 One of the most apreciated Tapa in Spain is the famous cured ham croqueta made solely with bechamel. Resulting into a crunchy exterior with a ultra creamy and tasty interior. The croquetas are simple to do, it’s basically a thicker Béchamel sauce mixed with whether cured ham, cod fish, cuttlefish, mushrooms… anything you want. Also, you can make a big batch and freeze the rest for later, which makes them polivalent. I would say the cured ham croquetas are the most common in Spain or at least in the Catalonia region. Occasionally made out of the famous iberic ham, coming from the black iberic pigs but most of the time they are made out of serrano ham, the normal ham coming form white pigs. But surely it can be replace by whatever cured ham you prefer, and budget you have. The croquetas are shared as tapas accompanied with a drink but it could also make a great light lunch with a salad, or part of a “many plates” tapas diner. 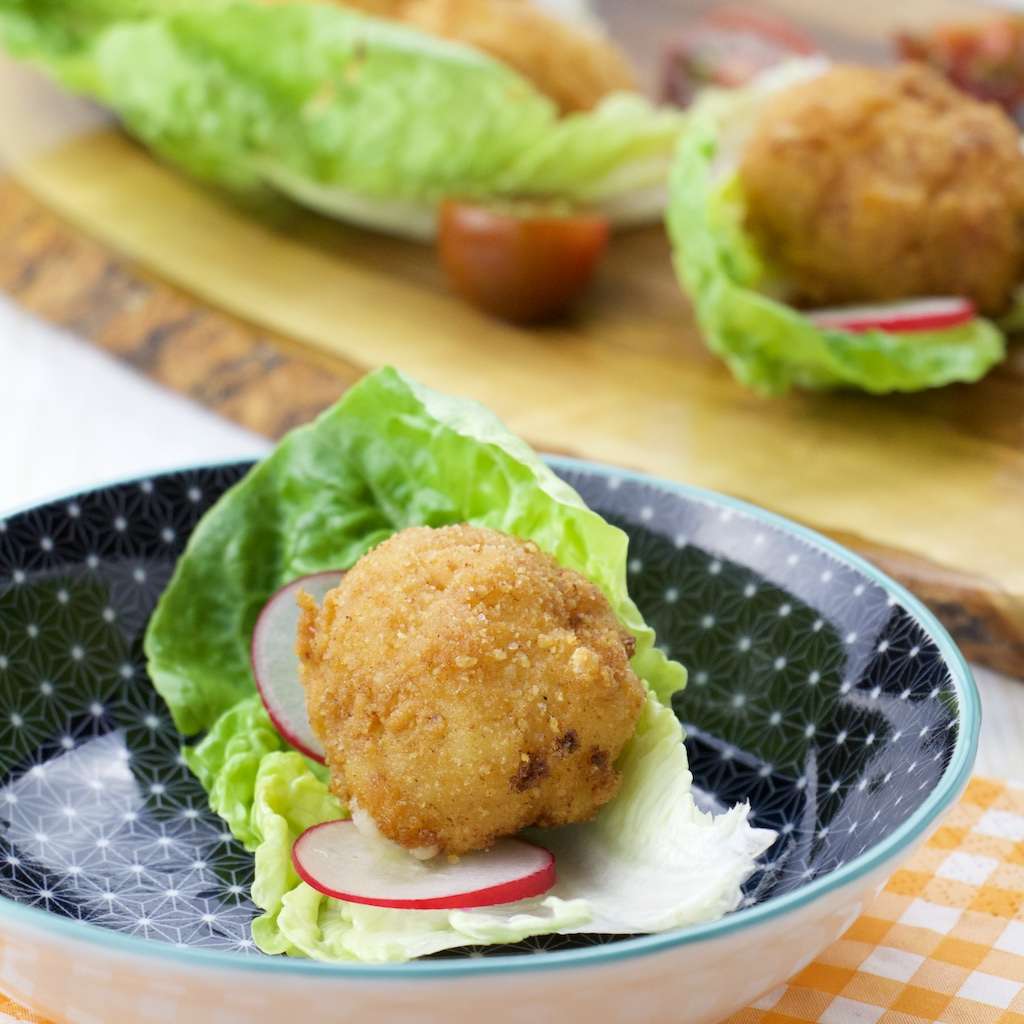 Back in the days, they would use the leftovers of meat from the pigs leg (ham) and then make those croquetas with it. Although, they were created in France, back in 1898, under the name “croquette”, the Spanish one has no potatoes or red meat in it. The Italians, English, Polish, French all have their own versions of croquetas, most versions containing potatoes, béchamel and meat. In Spain they do it differently, by simply using a really thick béchamel, firm enough so that you can form balls with your hands. There are many levels of creaminess, the softest the béchamel the harder it is to form a nicely round form croqueta although the smoother it is on the inside and if the bechamel is too thick it can become quite hard. To find the perfect mixture between those 2 is an art.

In Spain, croquetas is the first dish, kids learn to do, with their grandmother. Not to mention that every Spaniard’s mother does the best croqueta… So… since I am nobody’s mother…yet… let’s see if I can make some tasty ham croquetas anyways… or maybe I’ll have to wait for motherhood to become a pro at it. 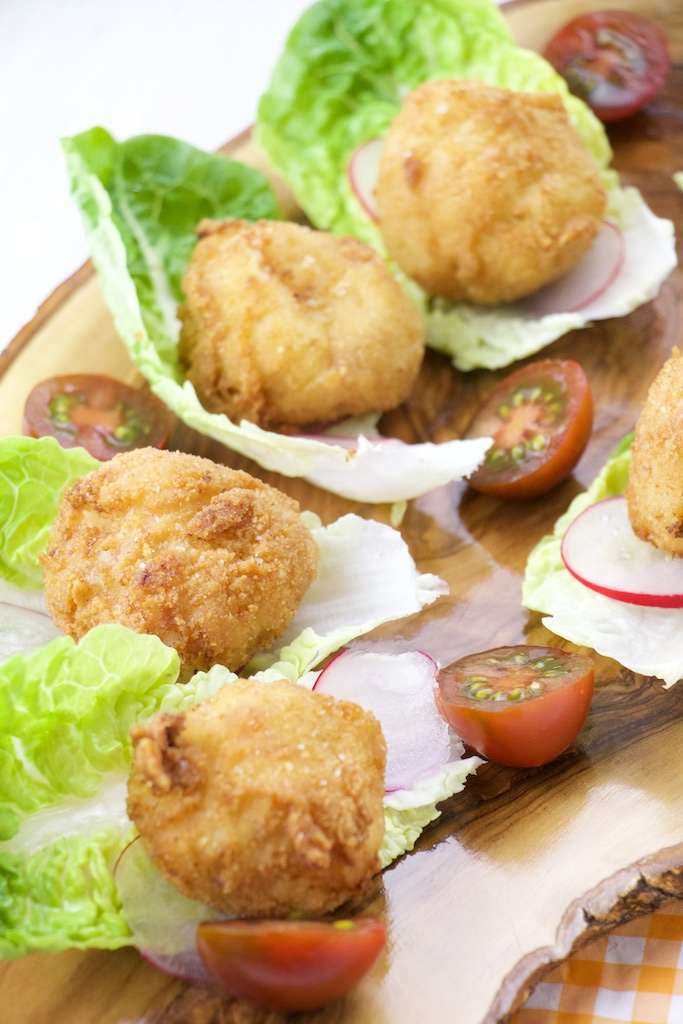 Serve on a lettuce leaves to prevent your fingers from getting too oily. Enjoy! 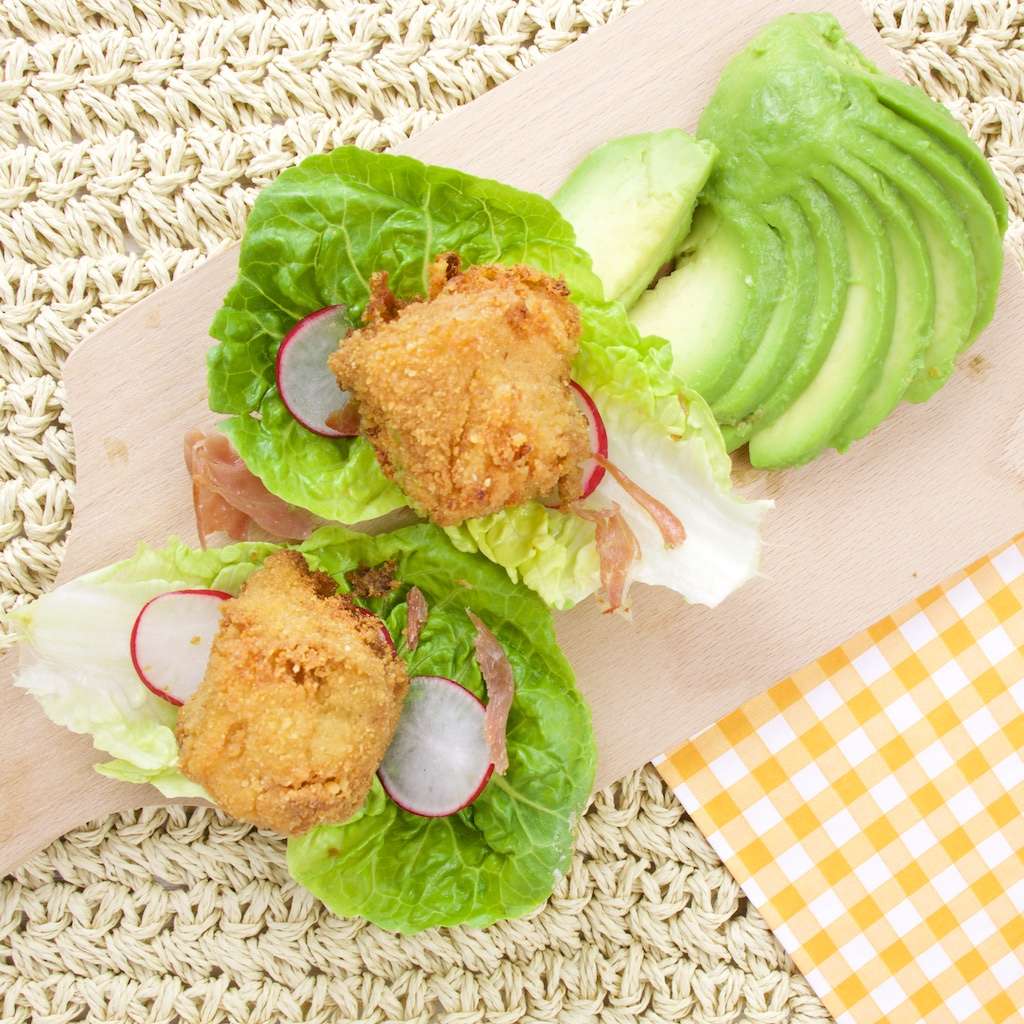