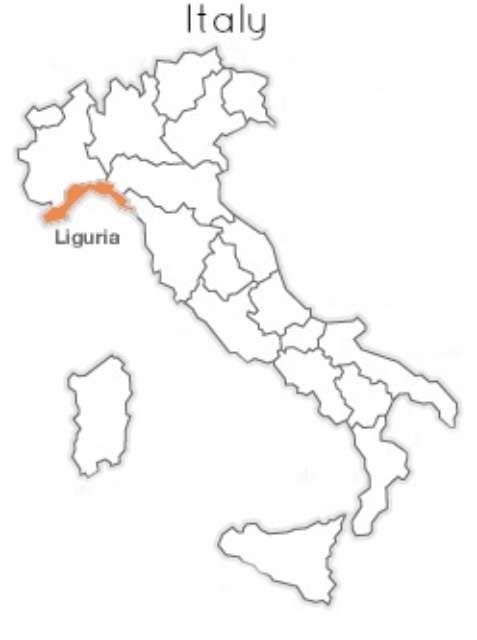 The northern Mediterranean coast of Italy is filled with succulent food, more precisely this region is the mother land of the famous pesto alla genovese and the focaccia al formaggio. Those two recipes originate from the northern part of Italy, pesto comes precisely from Liguria region while the thick olive oil focaccia is said to be originating somewhere around northern Italy. Although to find the exact origin of focaccia is quite impossible… for the simple fact that it has been around since the Etruscans or Ancient Greeks times, way before Julius Caesar raised his Roman Empire. Although in Liguria region they make a special type of focaccia, a soft cheese filled crispy thin version called focaccia di Recco col formaggio. 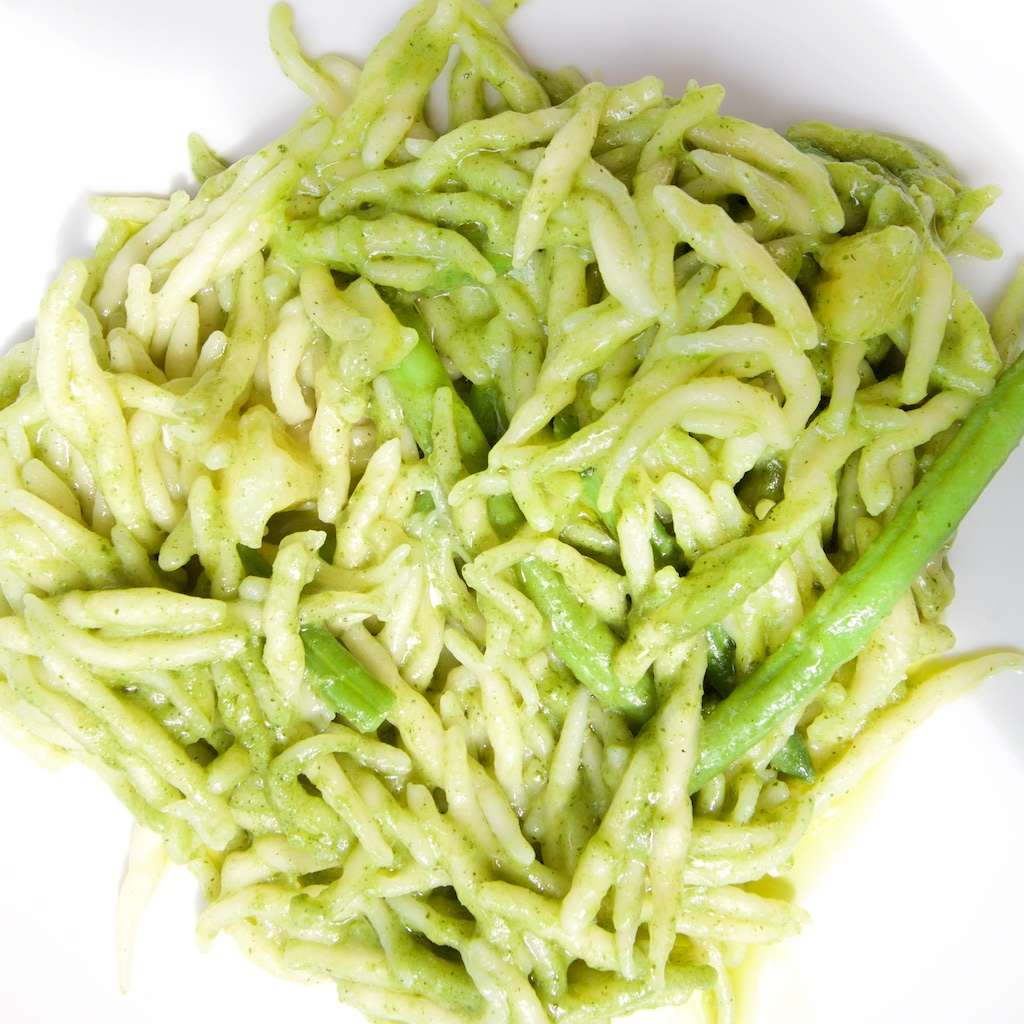 Let’s start with the Primo piatto, or first plate, which is the pasta dish usually in Italy. Trofiette al pesto is a type of pasta made on a wood board and rolled into small 3 cm spirals. They are a typical style of pasta originating and mostly served in Liguria region, usually served with the beloved pesto alla genovese (basil, pine nuts, garlic, olive oil and parmesan paste). Don’t be fooled here, the “authentic” pesto isn’t exactly as we know it… First of all, real pesto from Liguria 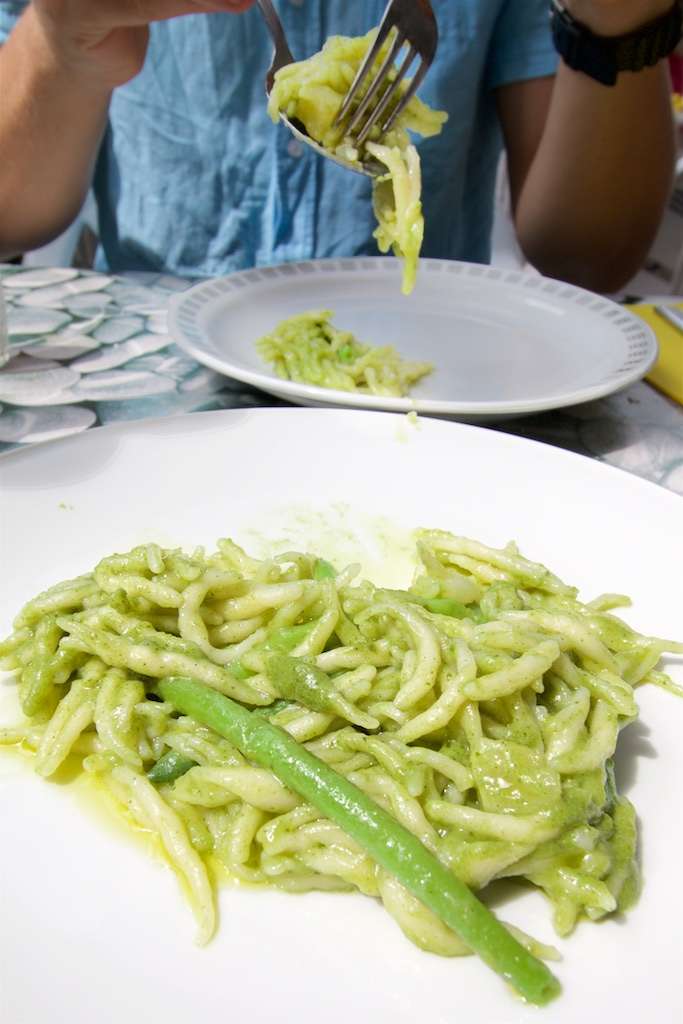 contains small pieces of potatoes and green beans in it, the potato giving it a more consistent bite and the green beans a welcomed crunch. Also the authentic pesto, or let’s say the base of the sauce as we all know is usually done in a big marble mortar by hand, to prevent the basil leaves from heating up from the heat of the blender’s blade and also to prevent oxidation of the leaves. Although not many cooks does it this way those days, it’s a “time consuming” technique. Although if you want to have a nice workout to tone up your arms at the same time as to get some deliciously, vivid green pesto, then you should definitely try this original technique in a mortar. 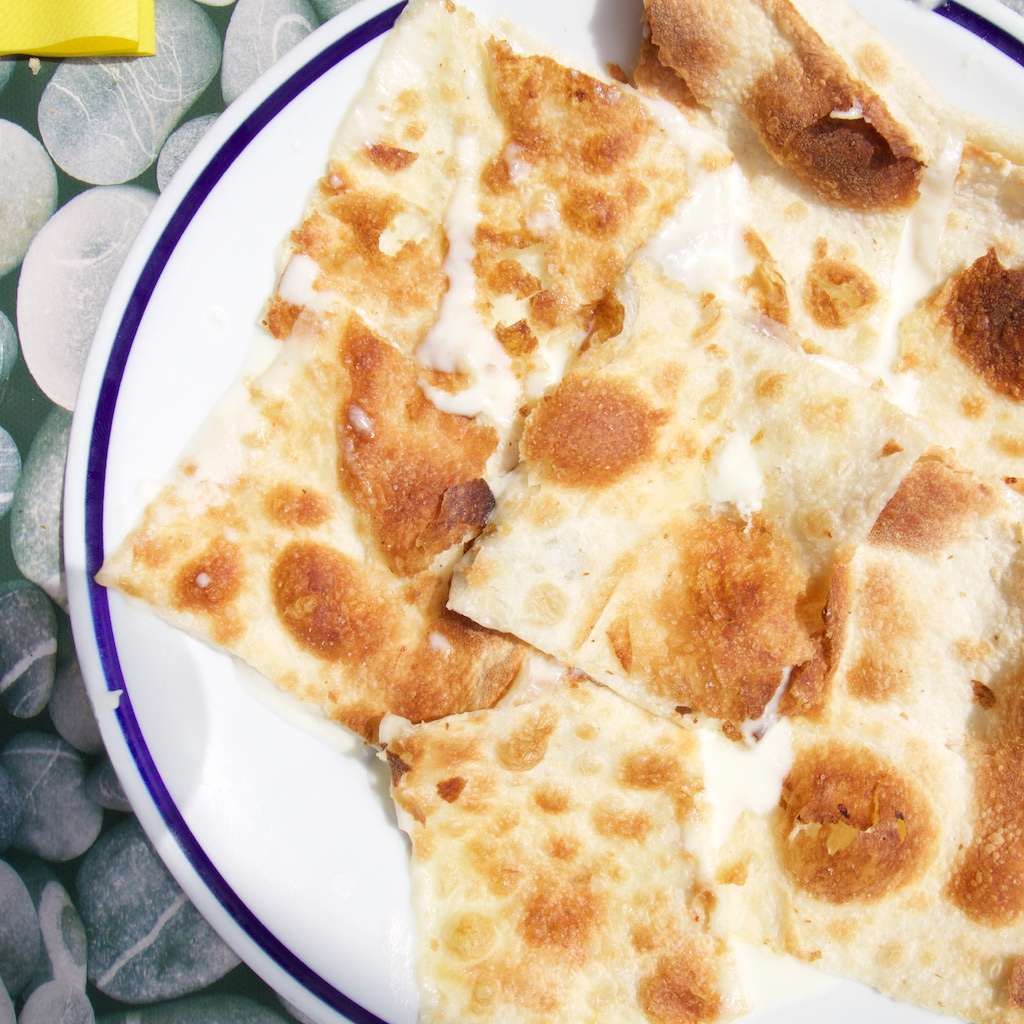 As a secondi piatti, or main meal, on our Liguria region food discoveries; the famous focaccia di Recco al formaggio. The few coastal villages on the east coast of Genoa; Recco, Camogli and Sori have their own version of focaccia. The thick olive oil focaccia we all know and love differs greatly in this area of Italy. It contains two paper thin crusts filled with this extremely soft (borderline liquid) and tasty fresh cheese Geographically protected from the region, especially used for this recipe. This variation of focaccia is lighter with its paper thin crust made of simple flour and olive oil (no yeast) resulting into a nice contrast of crunchy and creamy, without saying it’s as irresistible as the “original” 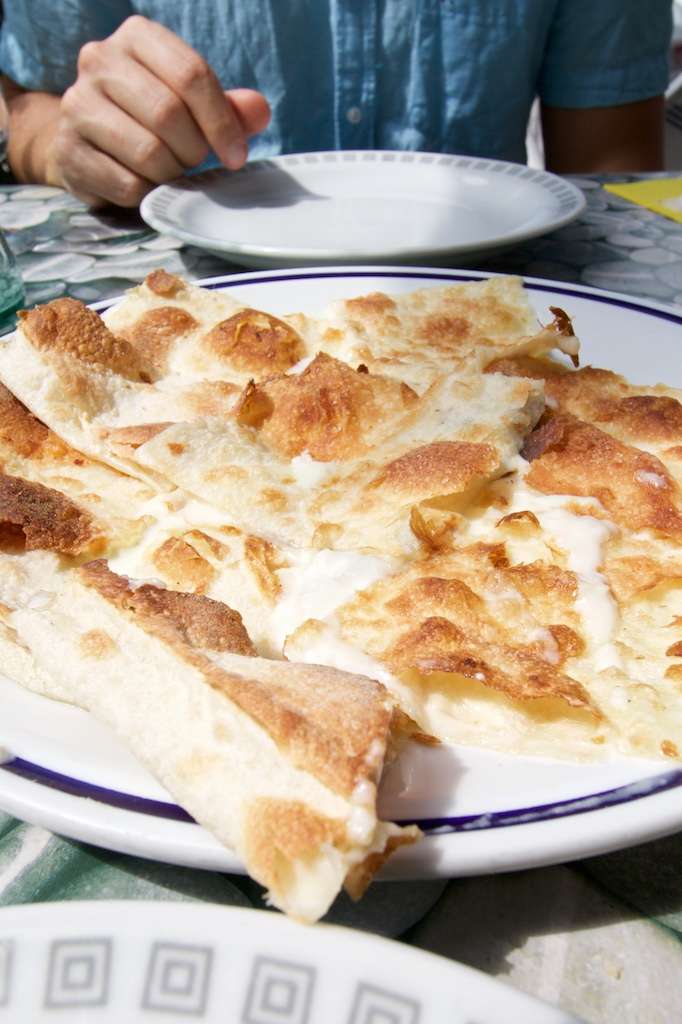 focaccia.  The focaccia di Recco col formaggio is usually served on a plate, contrary to the thicker, “street food” version focaccia which you can eat on the go. Mainly because of its filling of delicious runny cheese. This special cheese is produced in small amount in the Ligurian area, so you might have a hard time finding it outside of Italy. Although a fontina, fresh mozzarella or stracchino cheese could replace the original cheese. This crispy thin focaccia comes cut into small 10cm squares and a touch of olive oil and salt to top it. Another Italian delight to try if you ever visit Liguria, Italy.

Liguria region is filled with pleasant culinary surprises, a real pleasure for the taste buds. Other great Ligurian recipes are the farinata; a chickpea flour and olive oil cake, the pesto bianco made with walnut, ricotta and olive oil,  Coniglio alla carlona; a rabbit stew with wine, pine nuts, olives and capers and much more. Also, many says the origin of Minestrone soup and raviolis are from Liguria, so this Italian region might be really small but it’s got a big amount of culinary hits in it. A great place for those seeking the flavorful yet simple Italian gastronomy. 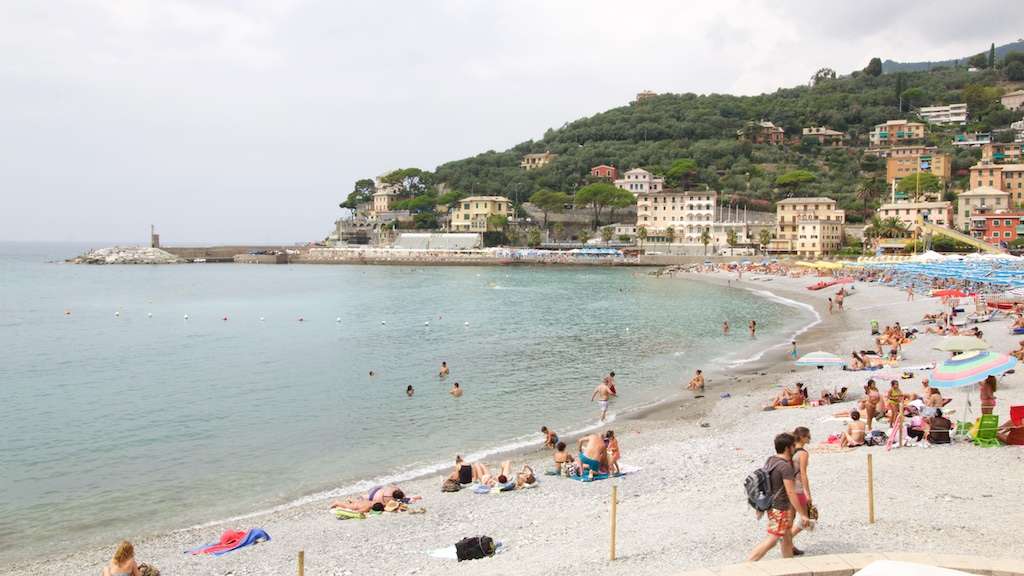 A foodilicious week in Aegina, Greece