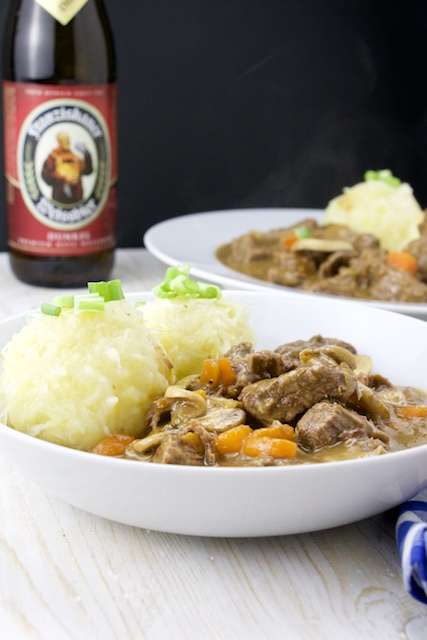 Coming back from holiday in Germany and I got myself some nice cooking books, my german isn’t so good yet, so it takes forever to understand a single recipe. But the one recipe I’ve always wanted to reproduce is the famous Knödel. This potato dumpling is in so many meals up in Germany or Central Europe for that matter, it’s accompany to perfection any meal with some type of gravy or sauce, even soups. There are tons of different styles of Knödel, for example with mushrooms, meat, spinach, etc. Also, I don’t want to make the easy kind Knödel made with bread or eggs… no…no… I want to learn the difficult one made just with potatoes (cooked and raw). I have to say in those 3 books I bought, I took the version of this recipe that had the most steps. I’ve learn this isn’t so easy to make so better be well informed before starting, no? 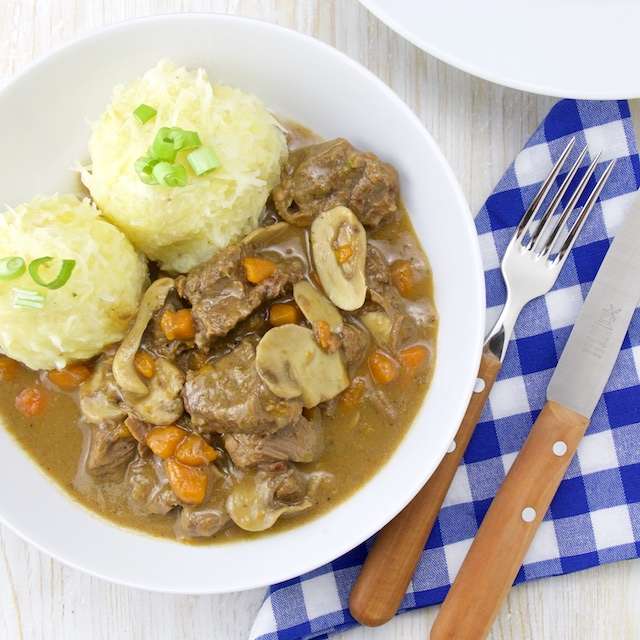 First of all, the potato choice is important to achieve a great Knödel. You’ll need a starchy potato like Russet or a multipurpose potato like the famous Yukon or Kennebec. Truely… just the amount of starch you’ll have to calibrate yourself to make the dumplings hold depending on the type you’ll use. I’ve used this time a potato multi purpose called “agria” (in Spain) and it did need double the amount of starch from the original recipe. So the best way to know if you have the good amount of starch is to test your Knödel. You make one test and you’ll see if it still holds after 20 minute in warm water you ready to go… if not… you add a tablespoon of starch and semola. So I had to change the amounts of the original recipe, and you might probably have to adjust your recipe also. The trick is to make tests and once you reach a good mix, then you’ll keep it for life. 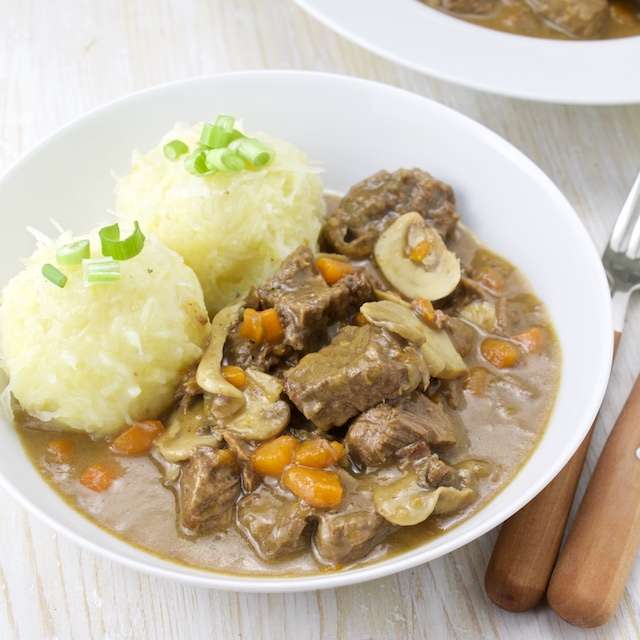 As for the stew, I’ve used all German typical ingredients although it is my own recipe, not a traditional one. It’s basically a “boeuf bourguignon” but I’ve exchange the wine for a nice German dark wheat beer, add some German aromatics like caraway, juniper, laurel and parsley for my aromatics. Also to make it a touch more creamy, I add a touch of heavy cream to calm down all the strong flavors and make it onctuous. 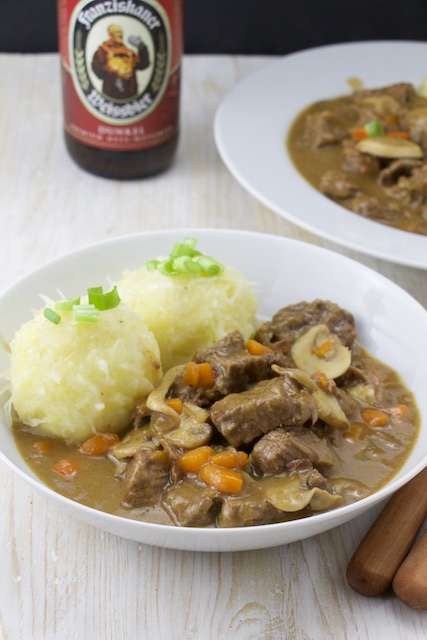