On my way back from vacation in Germany, I had to use the next week to try out some of my favorite German recipes. German cuisine is often related to meat and potatoes, well this recipe is no exception. Knödel is a potato dumpling quite popular in Central Europe, although they call it Klöße in northern Germany. Usually for this particular recipe they would make a semmelknödel (bread dumpling) with it, not a potato one. I wanted to experiment more with the potato knödel, this week I’ve already done my first knödel with a beer beef stew which turned out great, although a bit too fluffy. This time I’ve changed the potato for a more waxy or “a less starchy” one which resulted in having to add lots and lots of starch and semolina. Conclusion: use potatoes with the most starch that you know of for those recipes, a russet potato for example, then the Knödel will hold great. 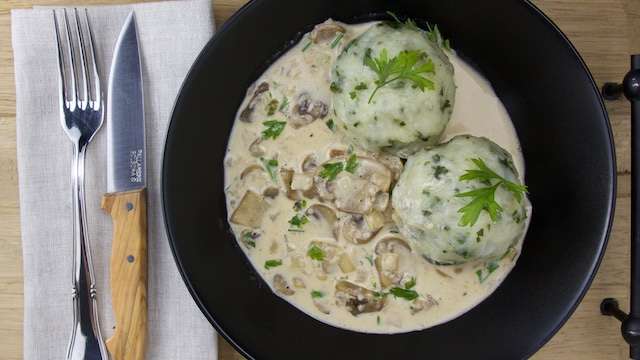 I’ve made a handful of my truffle kale chips to the Knödel, but you could also use a hand full of finely chopped fresh spinach or kale and add it to the mix. Just to give a touch of color and extra vitamins to the dish. Without saying… mushrooms and spinach is a great combination. 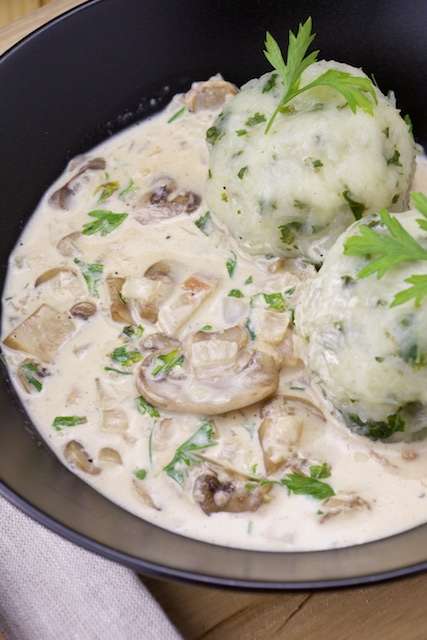 It’s fall and mushroom season is at it’s peak, so… better make good use of them. Mushroom with a creamy sauce is an unavoidable winning combination. The knödel will absorb every bit of this velvety, rich mushroom sauce. I’ve used the popular button mushroom, nothing special here, for this recipe but you could have any type you’d like, even add a mix of button and some fried extra wild mushroom on top. It simply a basic broth, cream, white wine, nutmeg sauce made under 20 minutes.

So let’s roll those Knödel!

*Make a single knödel as a test to see if it hold good, if not add starch and semolina to the mix 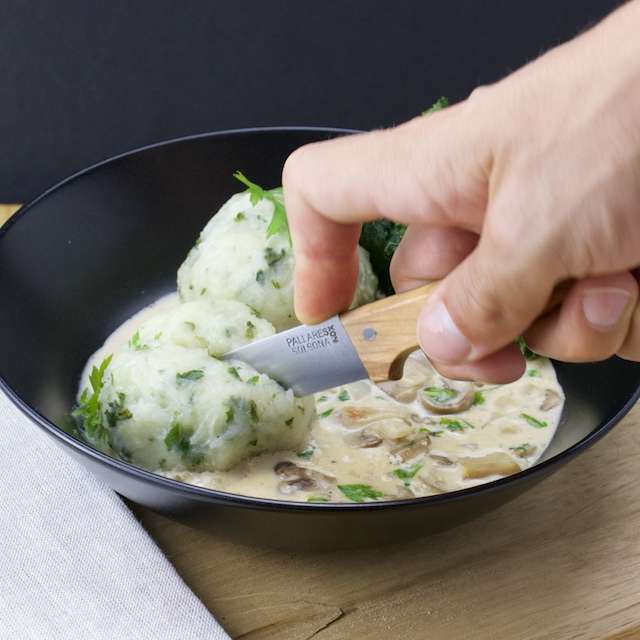