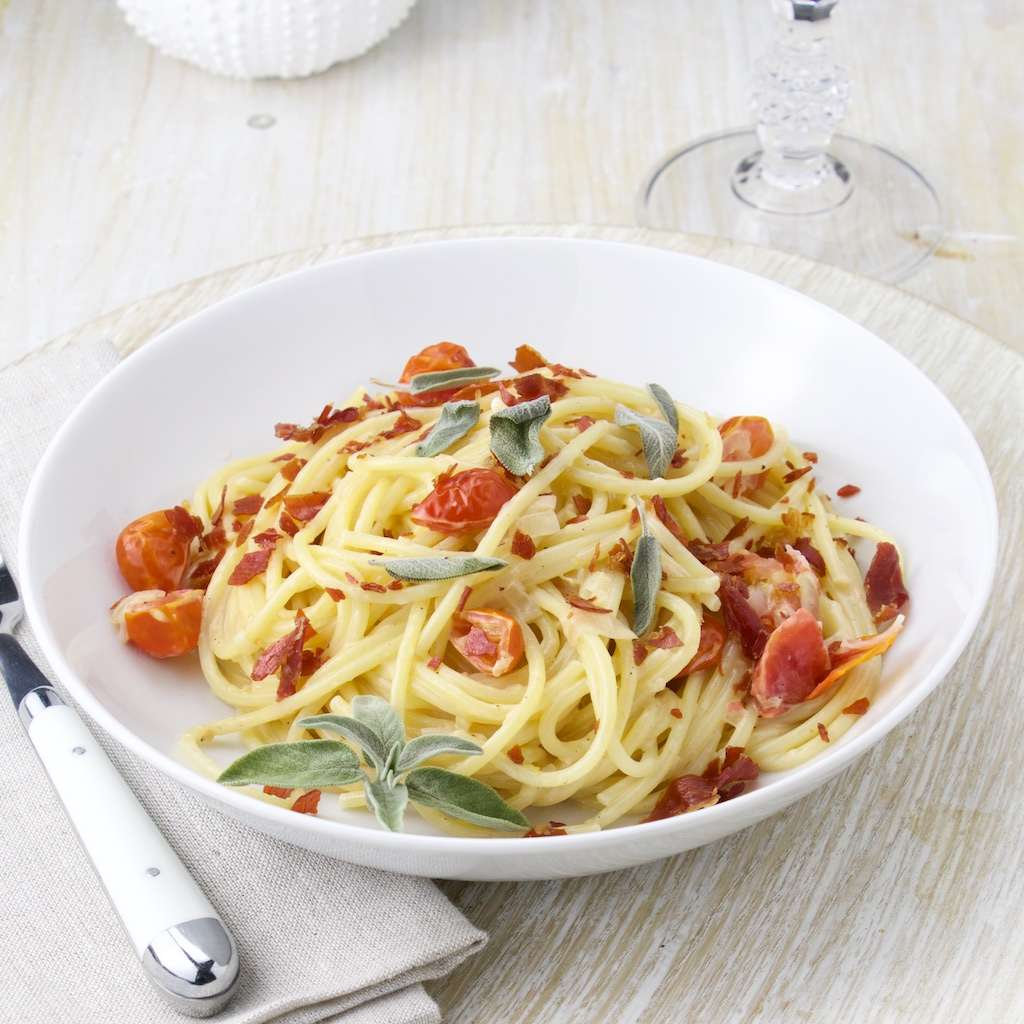 After a week of german recipes… it’s time to go back to an old good friend called Pasta. This pasta is ridiculously addictive, be aware. I have no idea if it’s the mix of texture or the mix of flavors that makes it so irresistible. It’s a terribly simple recipe too, also done under 20 minutes. If you already know vodka sauce you know it’s a pinky cream sauce colored by some tomatoes, usually a tomato paste, but this version I’ve simply used a few fresh cherry tomatoes. It’s called vodka sauce but really there isn’t much vodka in it and obviously it doesn’t really taste like it at all. The vodka here is used mainly as a stabilizer to the acidity of the tomato and the cream which would be impossible to mix without some type of alcohol in the sauce. The vodka could also be substitute by a white wine. 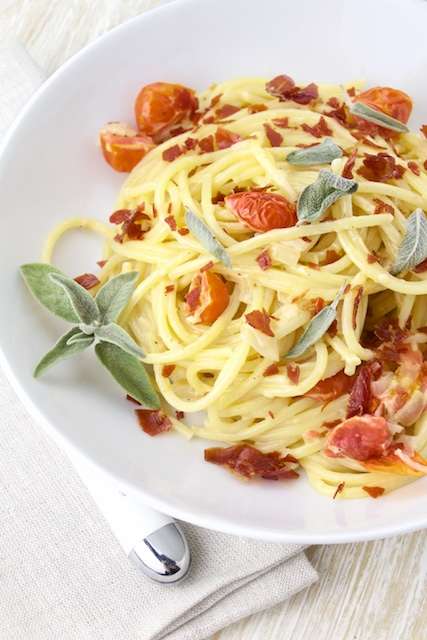 This recipe has some extra crunch on top, a nice slightly warmed up in the oven pieces of cured ham and sage leaves. Believe me, this mix is just a foretaste to heaven, any type of cream sauce gain so much from a crunchy cured ham. As for the sage, it’s such a great, strong and unique taste we see just too little of. It goes also to perfection with any cream sauces, and in this case… it’s no exception. The thick leaves of sage make it a bit chewy and unpleasant if eaten raw, so I always cook it a 3 minutes, in the pan or oven, with the cured ham to make it crispy. Then the magic happens and the leaves become like this extra tasty chips, that give a whole new dimension to the plate. If you are not used to sage flavor, I suggest you start with just a little, because it’s a quite powerful aromatic. I’m not kidding the taste gets exponentially stronger once cooked and the texture becomes a great crunchy one. A great complementary combination that is the sage and cured ham, especially on those creamy, smooth pasta. 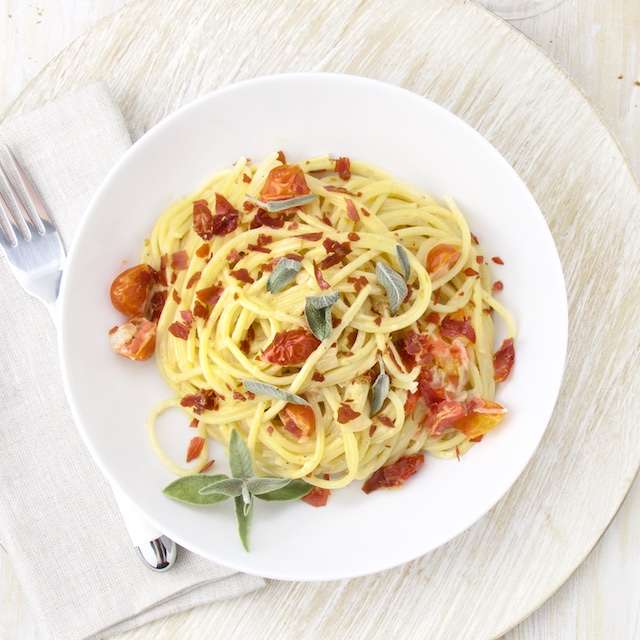