This is two soups in one for an extra tasty onion soup. Don’t we all love a good onion soup? Imagine combining an onion cream with a french onion soup! The result is just exponentially delicious! 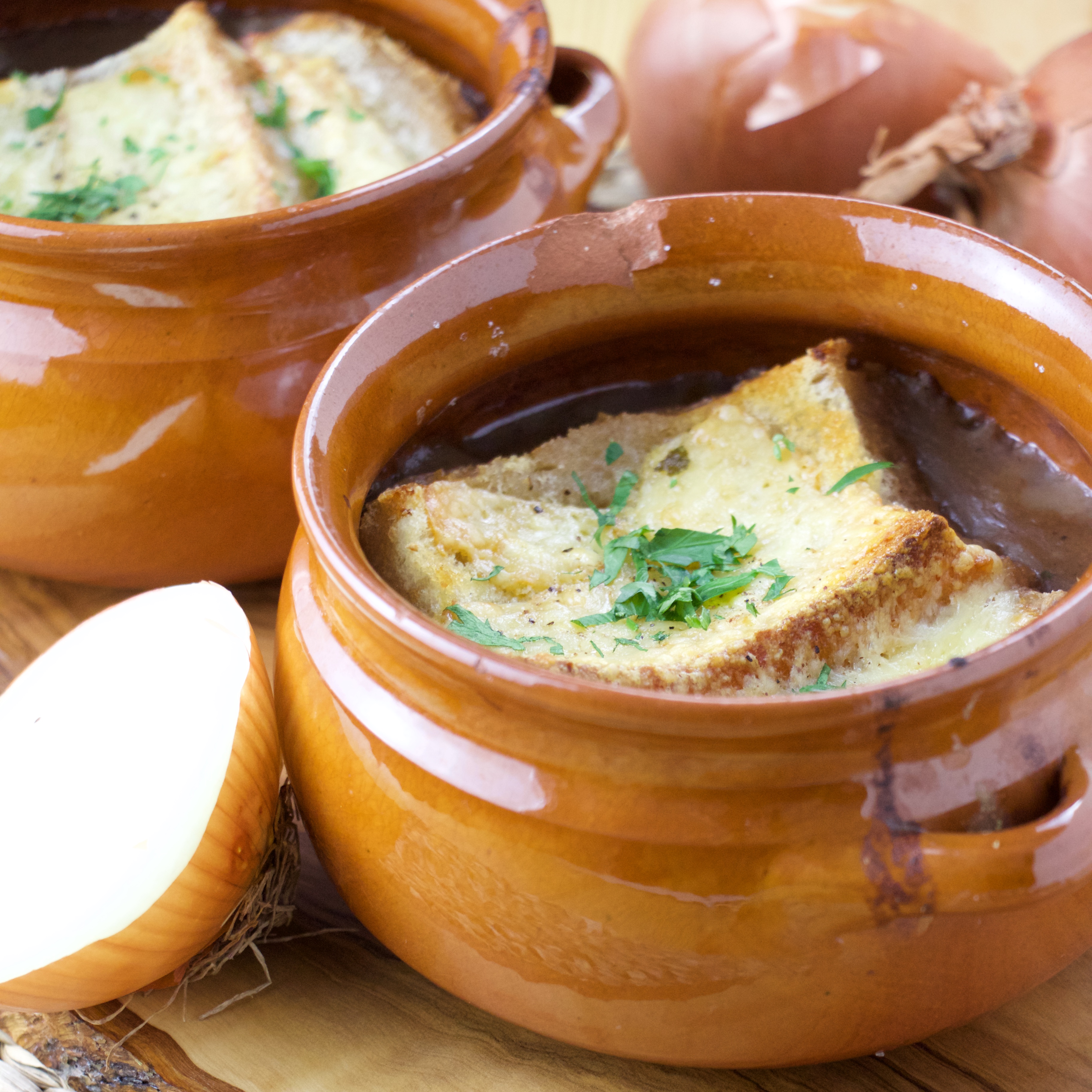 This soup is a merged of the classical French onion soup and an onion veloute (cream). It’s broth is made the onion cream way, which is basically a blended onion soup, then to keep the onion bites from the French version, I’ve added an extra 2 onions. It’s got a bite to it, although less onion pieces as the traditional French onion soup. Double the flavors but not the work, it’s important to clarify: it’s just an extra step (blend the soup) then the normal onion soup, so no extra work.

How the idea took form

I was feeling like an onion soup to warm me up on a cold winter day, and since I already had a traditional French onion soup on my blog, I’ve decided to make a variation of it. I’ve started by making an onion veloute and the result was alright… but I was missing the onion bite to it… So i’ve added 2 more onions to add a bite to the soup plus I’ve topped it with the always delicious gratin touch. The result is an unctuous onion cream with a bite to it served the french onion way; cheese!

There is also a Catalan twist to it for extra flavor, a “picada” in the end of cooking for an fresh extra seasonning. A picada is a light mix of aromatics and/or nuts with olive oil to finish up a meal with a fresh touch and when nuts are used, it thickens the sauces. It’s usually done in the mortar and added to dishes in the last minutes of cooking for a great final touch. It’s an optional extra step, done in no time, that makes a big difference in my opinion, especially for sauces and soups.

If you dislike the smell of onions in the house, simmer in a small pot of water with a cinnamon stick of lemon wedges to it, for a little while, it’s going to clean up that air. Also… a great idea to make with the leftovers from this soup is my onion soup pasta in a mug check it out here!

*if you have a left over try this onion noodles soup gratin! 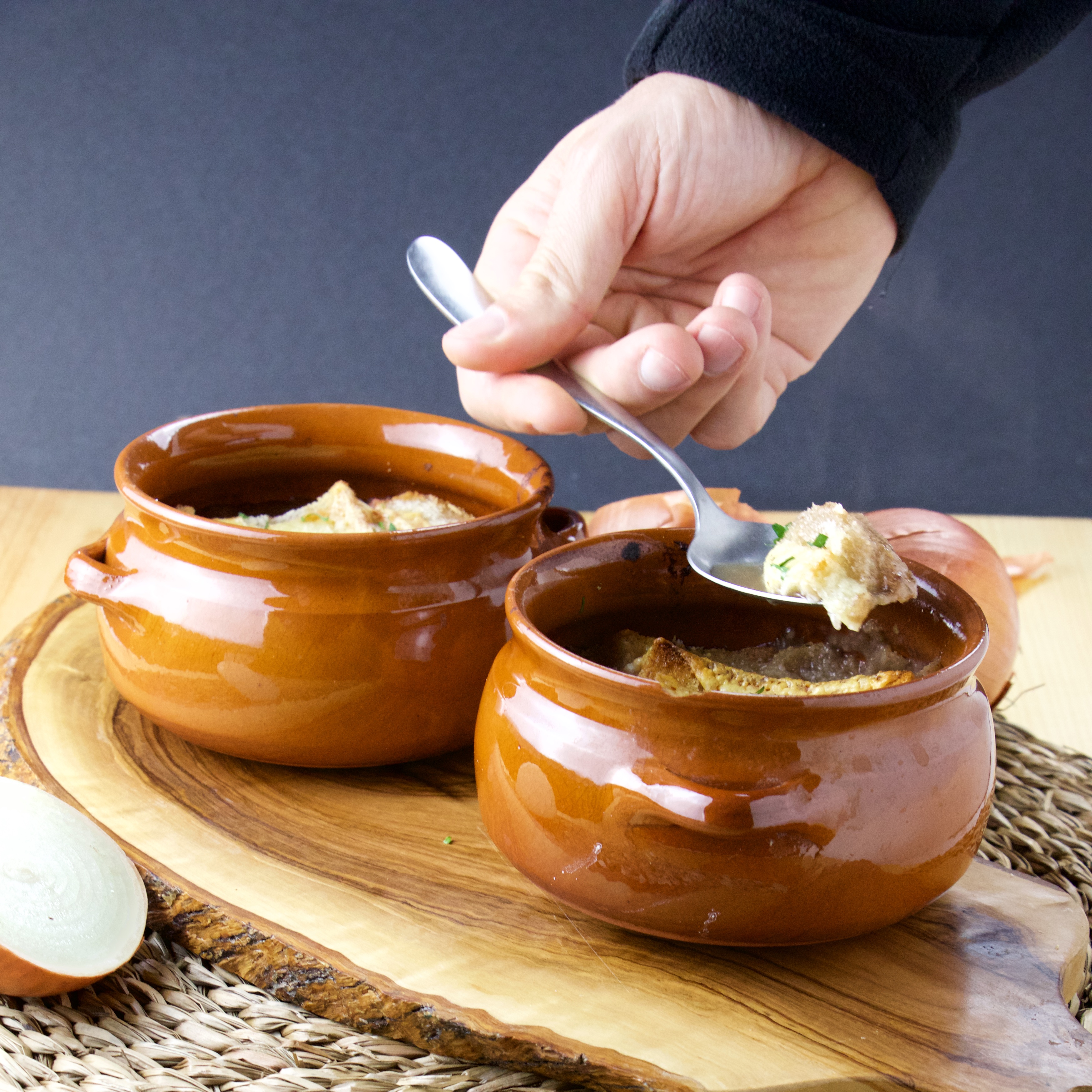