Two times marinated Salmon Carpaccio for a double the flavor dish served with a pear-fennel sides done two ways; a soft and sweet compote and a crunchy marinated fennel and pear topping. 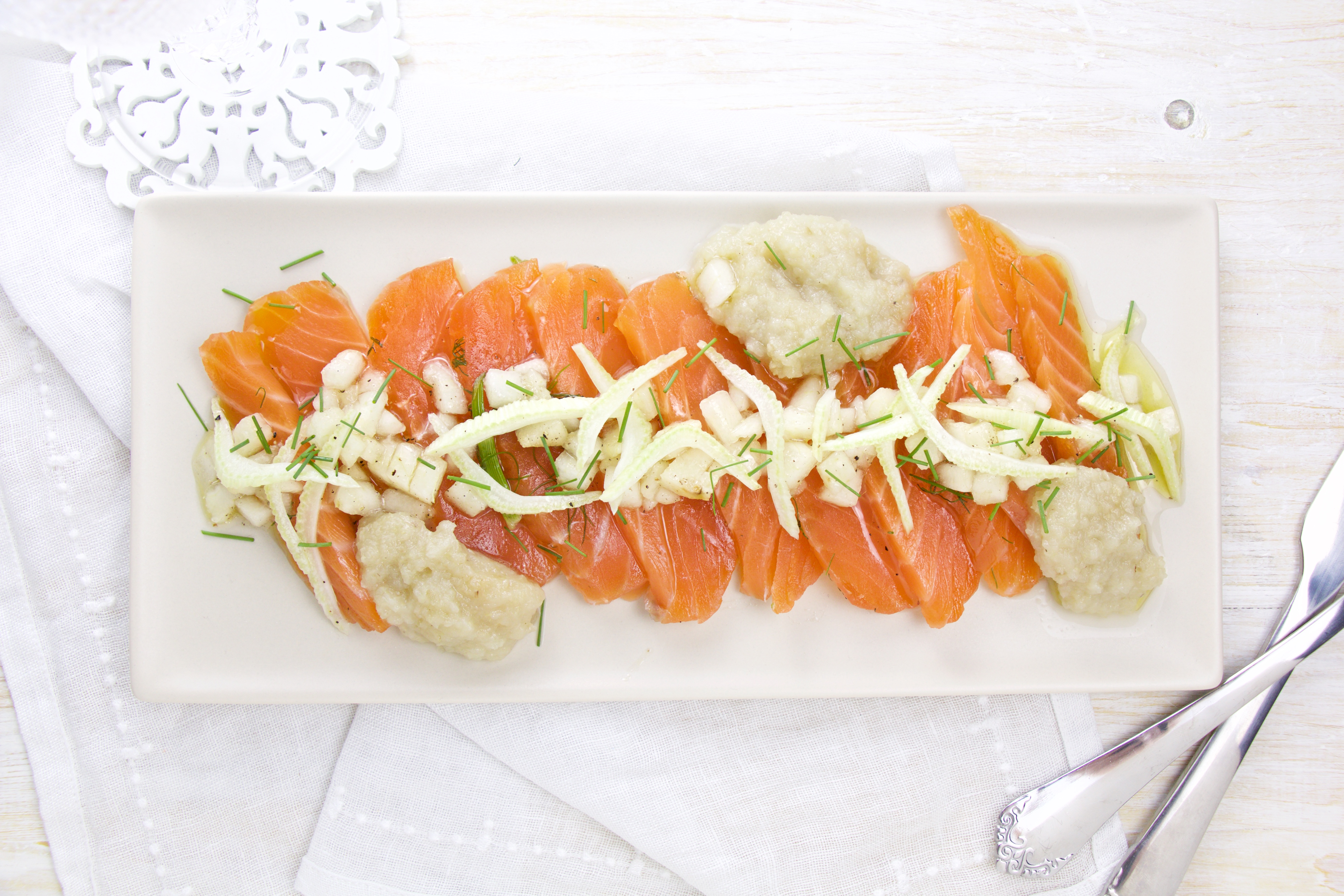 This recipe is my take on a dish I had at a fantastic tapas bar called “la pepita”. However the original recipe was made with apples. I just love this combination of fennel and pear/apples, it brings certain “je ne sais quoi” to a dish. I assure you this dish is terribly simple to make although it might look like a lot going on in the instructions, believe me it’s not that difficult at all. For this recipe a good “sashimi” quality Salmon is in order, since we won’t cook the salmon fillet.

The first marinade is a “dry” one, a simple, Gravlax style, marinade made of salt, sugar and a touch of dill. However, Gravlax usually marinates longer, but for this recipe we want the flesh to stay “soft” not over cured. This marinade will change the texture of the fish slightly for a firmer and more colorful one. Plus the salt and sugar will help eliminate some of the water naturally present in the flesh and concentrate all that precious Salmon flavor. The ratio of salt and sugar can be modified, if you prefer a sweeter Salmon, add more sugar to the mix. I usually do half/half sugar and salt for Gravlax, on the other hand I wanted this particular Salmon to have a more salty end result because of its pairing with sweet fennel-pear sides.

The second marinade is a typical wet one although without any added acidity… I didn’t want to cook the fish and lose its beautiful color. A simple top notch olive oil, some fresh dill and lime/lemon zest to make a final “fresh note” to the fish. I’ve used a sous-vide machine in the video but it could easily be a simple Ziploc bag that you submerge in water to make airtight. This marinade last a short 4 to 6 hours, it will give that great gloss finish and an extra refreshing tone to the fish. 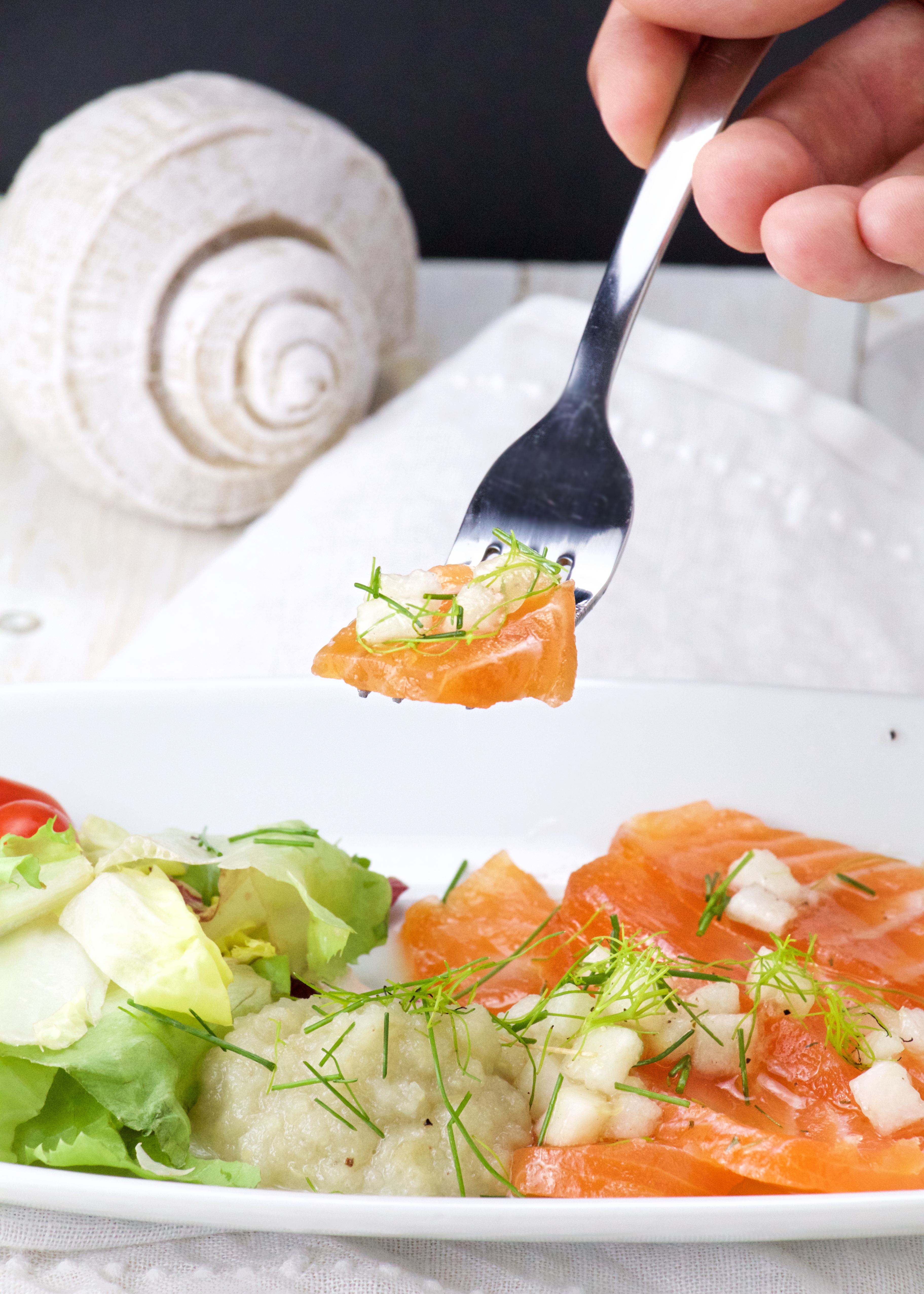 For a 2 ways Salmon we’ll need also a stand out 2 ways side to accompany it, no? A genius idea, since fennel cooked and fennel raw is 2 differents flavor set and textures. Once the fennel is cooked, it becomes so sweet and delicate by contrast with the raw fennel which is”crunchy” and brings some anise notes. Combined with the perfect partner “pear”, its simply a divine combination with two different end results. Both are easy methods, one being simply to boil until tender and blend with a touch of olive oil and the other method is simply to pickle with a tad in apple vinegar and forget the pear in olive oil. All together in the final plate you’ll have a mouth full of succulent flavors and textures. This dish is guaranteed to impress your guests and easy to make in advance for a quick last minute put together… by plating in a single plate, tapas style or served individually with a green salad and some extra rye bread. 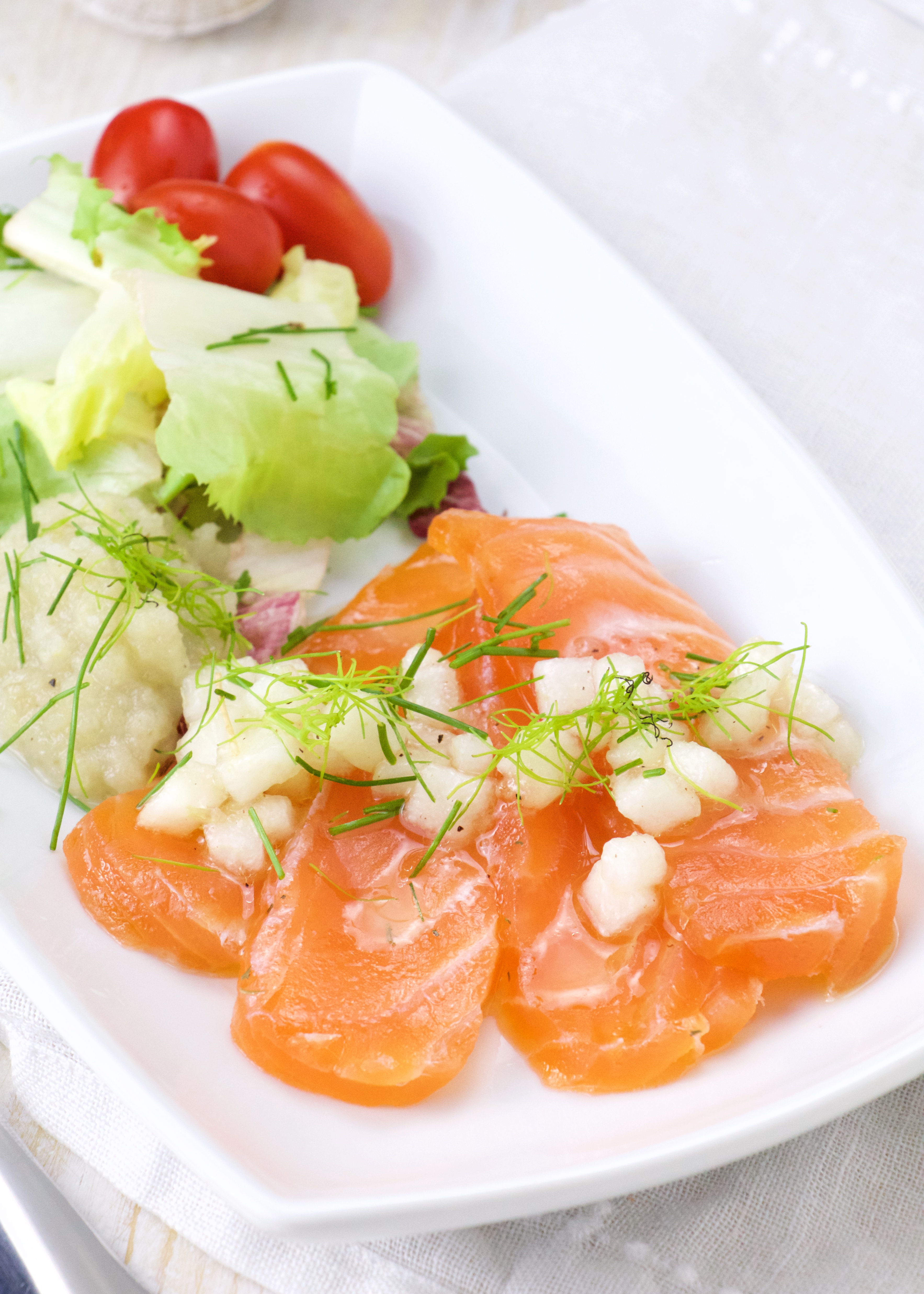 Direction for the fennel and pear compote

Direction for the pickled fennel and marinated pear

Directions for the Salmon Carpaccio 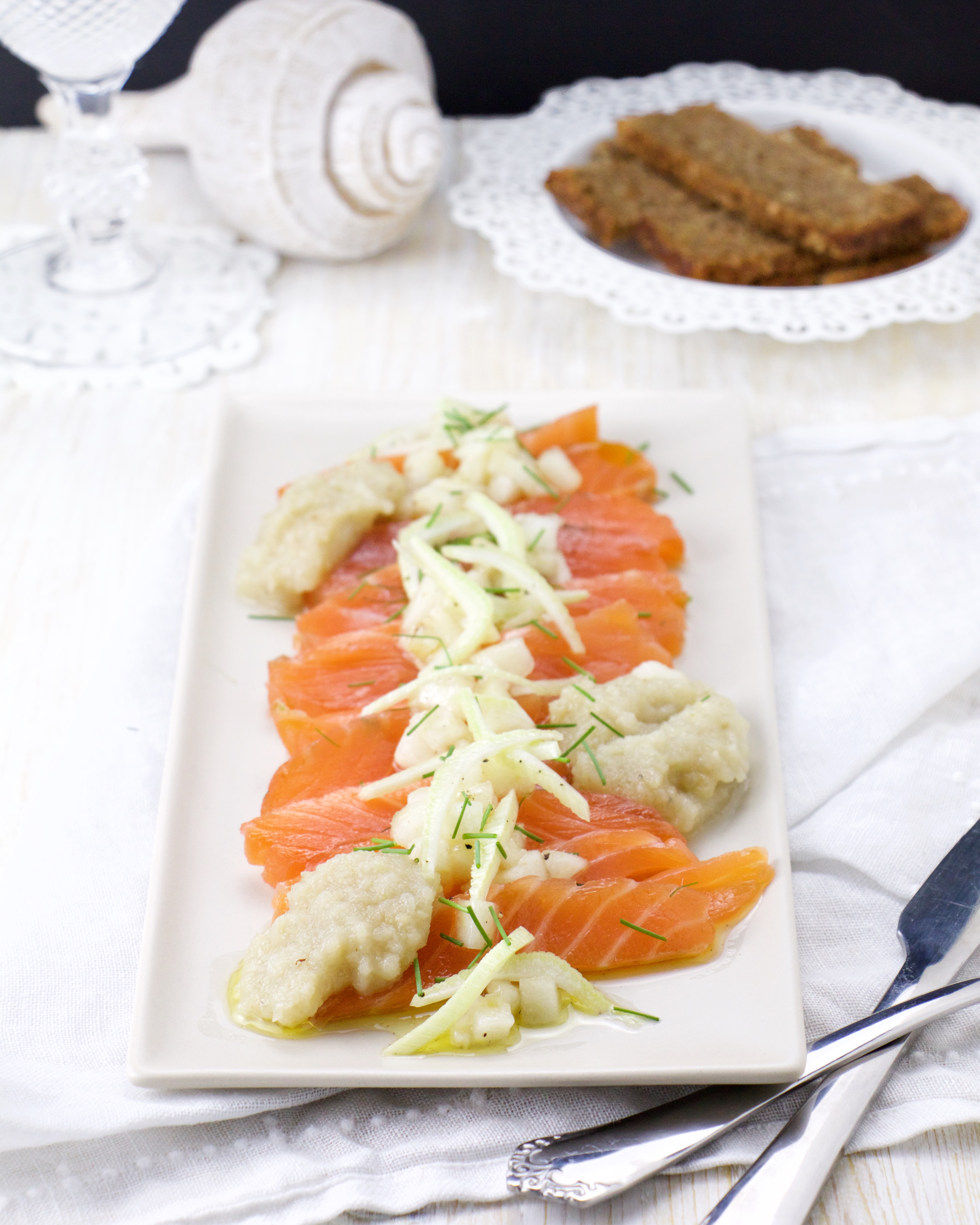